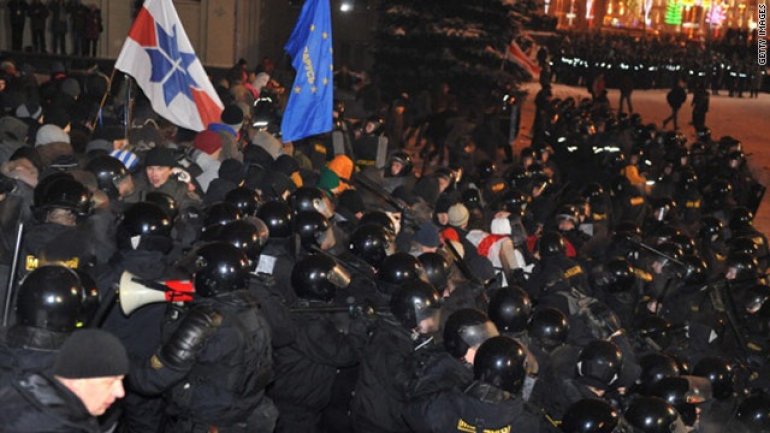 Belarusian police detained a group of opposition leaders and at least three journalists during the latest in a series of charged protests over a controversial government-backed unemployment tax.

The March 12 arrests occurred in the eastern city of Vorsha, and included the journalist and activist Paval Sevyarynets. A reporter with RFE/RL’s Belarus Service was also briefly detained.

The target of the protests, which also occurred in two other eastern cities, is a 2015 tax that authoritarian President Alyaksandr Lukashenka said was needed to fight what he called "social parasitism."

The roughly $200 tax is aimed at those who work less than six months a year and fail to register in the country's labor bureaus.

The measure has sparked weeks of protests across the nation of 10 million in what has turned into one of the biggest challenges to Lukashenka in his more than two decades in power.

Lukashenka recently announced that he would be suspending the tax for a year in order to "correct" it but that has failed to quell the outrage.