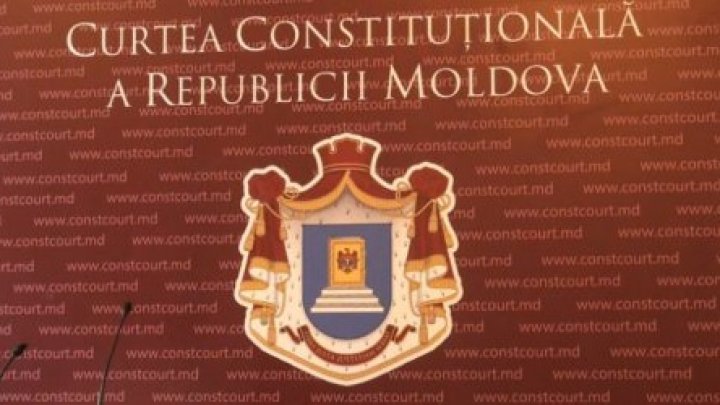 On June 7, 2019, Constitutional Court (CC) ruled the President can dissolve the Parliament if the later cannot exercise its legislative and investing the Government functions within the term of 3 months, reported Timpul.

There are 3 issues to investigate related to the decision of the Constitutional Court:

- What are the conditions for the dissolution of the Parliament?
- When the term of 3 months starts and expires?
- Does CC decision have all characteristics of the legality and legitimacy?

Unanimous CC decision (No.102b/2019) dated 7 June 2019 based on the request of the President Dodon dated 22.05.2019 declared the request inadmissible. President Dodon requested to clarify from what point of time the term starts to calculate for the meaning of 3 months, i) from the day of validation of parliamentary elections by the Constitutional Court or ii) from the day of the first meeting of the Parliament? CC ruled on inadmissibility citing its earlier jurisprudence on art 85(1) of the Constitution (Decision No.30 dated 01.10.2013 para 64, Decision No. 31 dated 10.11.1997, Decision No.40 dated 24.12.1998) explaining:

1) deputies mandate term calculation starts, lasts and expires based on the moment of time of deputies’ mandate validation by CC (09.03.2019 when confirmation of results of the parliamentary elections dated 24.02.2019),

2) moment of 3 months starts when the deputies have their mandate validated (09.03.2019), with official certainty on the composition of parliament to negotiate politically the formation of the parliamentary political coalitions, new Government.
CC adopted also adopted (unanimous, inverse order of sequence):

- 09.07.2019 finds the existing circumstances for the dissolution of the current Parliament as the parliament could not form the Government within term provided by art. 85(1) upon the request of the interim president Filip, current prime-minister,

-09.07.2019 finds the violation of the Constitution by President Dodon to address CC on the conditions of the circumstances of the dissolution of the Parliament, and states President Dodon temporary suspension from exercising of his functions, states that according to Constitution acting prime-minister Filip has to exercise interim president functions, the upon the request of several deputies,

- What are the conditions for the dissolution of the Parliament?

Conclusion 1. CC upon the request of the president states on the circumstances of the dissolution of the Parliament.

- When the term of 3 months starts and expires?

CC states that the moment of 3 months starts when the deputies have their mandate validated on 09.03.2019. It also states that based on its earlier jurisprudence the term of the current Parliament expires on 07.03.2019 and therefore all deputies’ actions after this date are not constitutional ab initio.

CC states that the official certainty on the composition of parliament starts on the day of the validation of their mandate, the day the deputies can negotiate politically the formation of the parliamentary political coalitions, new Government. President Dodon offers another option that the term could start on 21.03.2019.

Conclusion 2. The jurisprudence on the art. 85 (1) regarding the term of the current parliament has been set in earlier jurisprudence and composition of CC and therefore is not politically sensitive in the current situation. The jurisprudence sets the period of time that is interpreted consistently with the constitutional principles of: 1) the formation of the Government, 2) duration of the mandate of the deputies, 3) expiration of the mandate of the Parliament. The constitutional jurisprudence conforms the logic of the complex interactions among the balance of the relations among the Parliament, Government and the President and therefore other approaches as for civil law and terms expiration are not applicable.

- Does the decision have all characteristics of the legality and legitimacy?

The unique position of CC stems, in large part, from the democratic commitment to the Rule of Law and to constitutionality of the actions of the government and Parliament. The complex role of CC in this system derives from its authority to invalidate legislation or executive actions which, in the Court’s considered judgment, conflict with the Constitution. This power of "constitutional review" has given the Court a crucial responsibility in assuring individual rights, as well as in maintaining that broad provisions are continually applied to complicated new situations. CC has the role to carefully balance and play the role of the power broker on the constitutional terms among the democratic actors of the country. CC rules on a constitutional issue are final, its decisions have not been altered with regard to the pertaining issue .

The material situation of the external threats and interference of the foreign power in the forming of the national Government and internal political process is of the importance for the judging of the current situation and context by CC. Even though, CC judgement is limited to the application of the procedural law, the acts of some actors conflicting with the very nature of the constitutional mandate materializing or the interest to solely maximize partisan political benefits against the functioning of the democratic institutions should be gauged by the court.