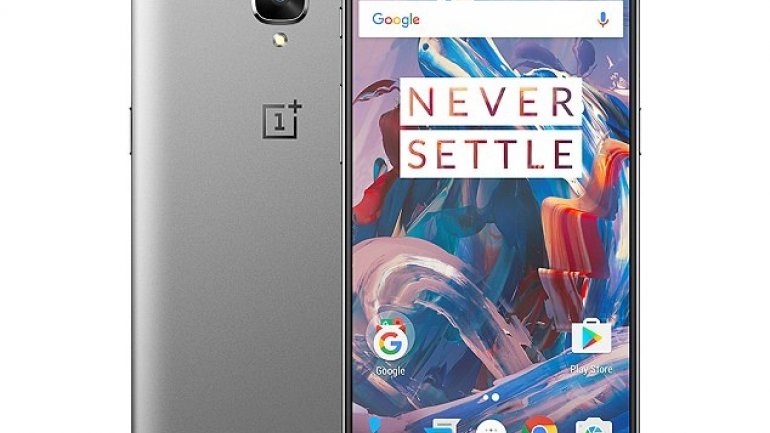 A new, more powerful version of the latest OnePlus handset is expected to be announced tomorrow, 15 November 2016, report Daily Mail.

Thought to be named the OnePlus 3T, the phone is tipped to have a better processor than its predecessor, an LCD screen and a bigger battery.

After a teaser photograph has been released by the company today, rumors suggest the new handset could have a better chance at competing with the iPhone 7 and Google Pixel phones.

An image shared on the Chinese company's official Weibo page today shows the back of a handset similar to the OnePlus 3.

The phone is facing a mirror and, in the reflection, a 'T' can be seen on the screen.

Underneath the phone it says 'to be a better me', suggesting the new phone will be an updated version of the OnePlus 3.

Earlier this month OnePlus tweeted about an announcement happening on 15 November.

In the tweet the company confirmed the device will be running the Snapdragon 821 processor, which at 2.35GHz is a slight boost on the 2.15GHz Snapdragon 820 in the OnePlus 3.

The OnePlus 3 was released in June this year.

OnePlus One was the first phone from the company. It was well-received, and although there were issues, it largely wowed the masses and tech critics alike.

But then came the OnePlus 2 in 2015, which mostly bombed - and OnePlus X, an attempt by OnePlus to create an even more affordable phone, was not well received.

However the OnePlus 3 marked a return to form for the company.

'We know that the best smartphone is the one that works exactly how you want it to,' said OnePlus Founder and CEO Pete Lau, when the OnePlus 3 was released in June this year.

'The OnePlus 3 delivers that experience. It combines what our customers already love about our products with what they want and expect next.

'For example, Dash Charge sets a new standard for fast charging technology. It's a flagship smartphone inspired by – and made for – our fans.'

But rumours have suggested the new and improved smartphone could out-do its flagship predecessor, with a bigger battery, a faster processor and an LCD screen instead of the AMOLED display found on the OnePlus 3.

The Twitter teaser states the announcement will be made at 1pm EST on November 15, which is 6pm GMT, 10am PST and 5am November 16 in Sydney.