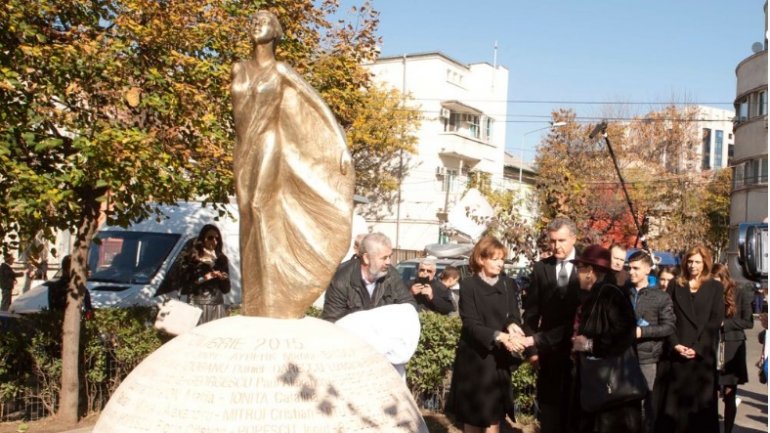 Sunday, October 30, was a day full of emotions for many Romanians, as it was the day when people commemorated one year since the tragedy at the former Colectiv club, Romania-Insider informs.

On October 30, 2015, a fire broke out at popular Colectiv club in Bucharest, killing a total of 64 young people and injuring much more.

On Sunday, a monument was unveiled in the small square located in front of former Colectiv club, to remember people of the tragedy and of those who lost their lives following the fire. The names of the 64 victims were carved at the base of the monument.

The cost of the monument amounts to some EUR 70,000, with around EUR 48,000 coming from Bucharest’s District 4 Council, and the rest from donations. Crown Princess Margareta and Prince Radu, together with the families of those who lost their lives after the tragic incident, attended the unveiling.

Then, in the afternoon, some 5,000 people joined a silent march organized in Bucharest in the memory of the fire victims.
AFLĂ imediat Știrile Publika.MD. Intră pe Telegram