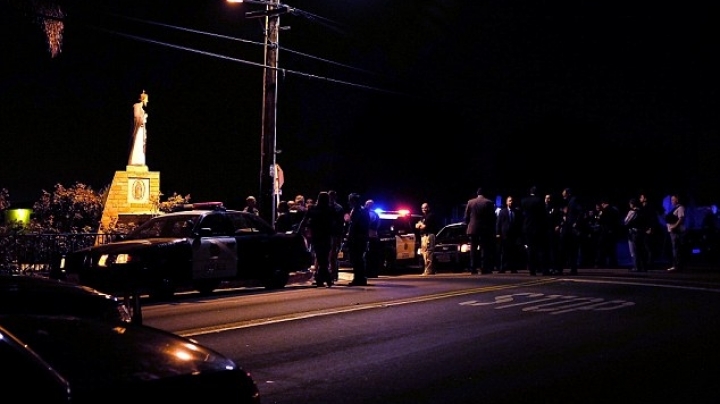 One police officer has died and another is undergoing emergency surgery after they were attacked in San Diego, reports Daily Mail.

The city police department confirmed the fatality following the double shooting in the Southcrest area of the city last night.

A major manhunt is underway as residents are warned to 'shelter in place'.

The shooting is believed to have taken place in the 37 and Boston district in Southcrest.

Police confirmed they have arrested one suspect. A second armed man is currently on the run.

The officers have been taken to the Scripps Mercy Hospital for treatment where one of them died.

San Diego Police Department said: 'It is with a very sad heart that we announce the death of one of our Officers tonight. Pray for his family.

'We still have a second Officer in surgery. Keep him in your prayers.'

It is not known what prompted the attack on the two officers.

The shooting comes with law officers around the country on alert following the killing of officers in Dallas and Baton Rouge, Louisiana, this month.