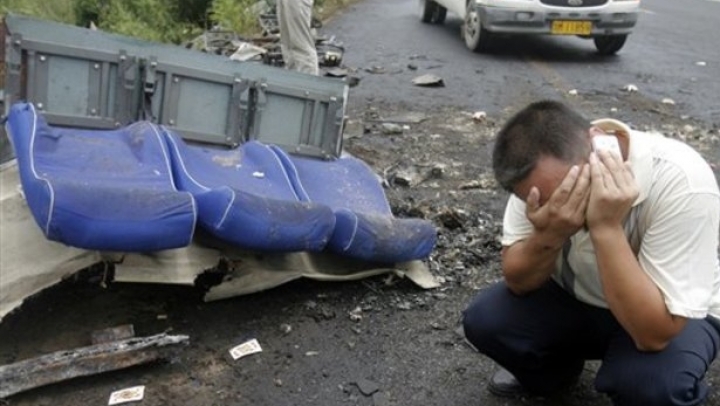 The bus with tourists from Ukraine got into an accident in Norway on Saturday, 30 July, 100 km from the Norwegian city Aalesund and 550 kilometres northwest of Oslo, Norway's capital.

One person was killed, up to 10 passengers were seriously injured and taken to hospital. According to the Norwegian publication NRK.no, 14 people were sent to hospital.

The bus was travelling to Trollstigen, along a steep and winding mountain road leading to the Geirangerfjord, one of Norway's most visited tourist sites, listed as a UNESCO World Heritage Site.

The bus skidded off the road and fell 6 meters into a ravine. According to Norwegian police, the bus was carrying 41 people, and all of them, including the driver and team leader were Ukrainian citizens.

According to Norwegian media, a Ukrainian coach was killed. His name was not specified. The cause of the accident is still unidentified.