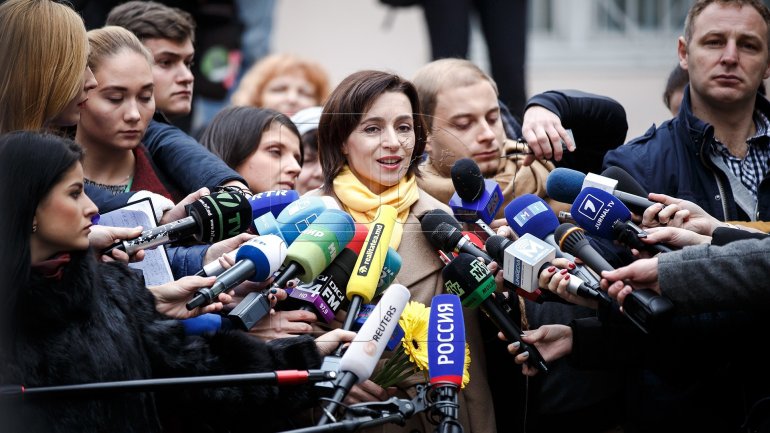 The final results of the presidential elections have not been announced yet, and there appeared a conflict between the former partners of Maia Sandu. The deputy president of Dignity and Truth Party of mobsters Topa, Liviu Vovc is accusing the members of Action and Solidarity Party, including Maia Sandu, of arrogance and blackmail.

In a public address towards the leader of the party Maia Sandu, Vovc declared that the members of the PAS territorial organizations did not want to go to meetings with the electors.

According to him, this fact led to the fail in the presidential runoff.  He also said that the result obtained by Maia Sandu is thanks to the efforts of the members of Dignity and Truth Party.

"Dear Maia, I wrote these words for you to understand that the stubbornness is not a solution. With no party, with no media coverage, with nothing... on whom did you count for? Facebook? I declare on my own responsibility: it is the first and last time when I give to others the work I've done for more than a year. From today on we are on our own. With no "scientific" analyses, we managed much more in the last year" wrote Liviu Vovc on his Facebook page.

He also said that the leader of DA Party had much more chances to win these elections, but Maia Sandu supposedly blackmailed.

Shortly after that the post was deleted, but it was published instead on the web portal Deschide.md.

Maia Sandu became the sole presidential candidate of PAS, DA Party and PLDM after a series of long negotiations between the three parties.