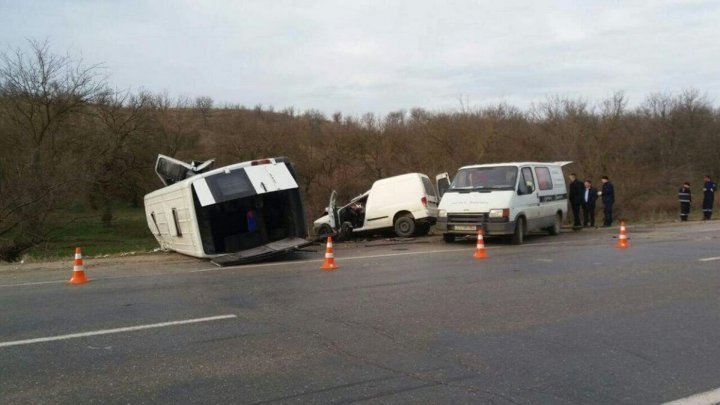 The 16 passengers of the Varnita - Chisinau route were hospitalized in the Anenii Noi district.

The alcohol test showed that the drivers of the vehicles involved in the accident were not intoxicated.

(08:40) A person was killed and several were injured after grave accident between minibus on the Varnita-Chisinau line with a car.

The accident occurred this morning, near the village of Ţânţăreni.

According to the police, the driver of the W-Caddy model car, going out of his way, did not finish the lead and collided with a minibus on Varnița – Chișinău line.

As a consequence, a passenger of the car was killed and passengers of the minibus were injured and hospitalized.

The police are investigating the accident on the scene.

On the Chişinău - Anenii Noi road, near the village of Ţănăţăreni, accidents occur frequently, especially because of the excessive speed of the drivers.

Only five kilometers from today's tragic accident, near Todireşti village, 5 people were killed including a child after an accident in January.

The accident was caused by a speeding driver at 100km/h.