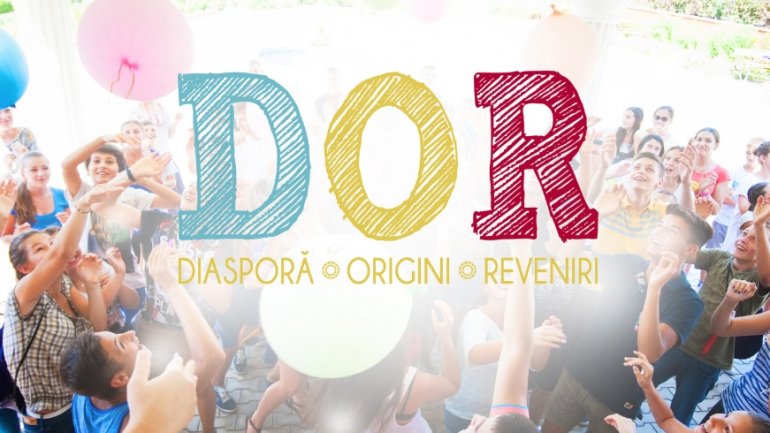 Children from Diaspora and Moldova have been selected to participate in the Program DOR (Diaspora Origins Returns), organized on 20-28 August 2017. The DOR program is held the fifth year in a row under the patronage of the Moldovan prime minister, Moldpres has reported.

As many as 197 persons have registered to participate in the programme in all, with 100 participants selected, of whom 20 children of Moldova and 80 from the Diaspora. They will have creative, artistic, linguistic activities, of learning the history and culture, will have cultural visits and meetings with diverse personalities from Moldova.

The files of the children from Moldova were selected at a national creation contest. People willing to take part in the contest were to present the concept of longing (dor) in relation with migration in an artistic form (essay, poem, song, drawing, proto, video, etc.).

All those 100 children on 1 June, on the International Children’s Day, received a message on behalf of the BRD team, in which they were informed that they were participants in the DOR Programme 2017.

DOR is an initiative by Moldova’s government, which consists in annual organization, in August, of a summer programme for children of Moldova’s citizens who stay abroad. The programme’s goal is to strengthen the emotional, cultural and identity relations of the children – the second generation of emigrants – with their native country, Republic of Moldova. The first issue of DOR took place in 2013.