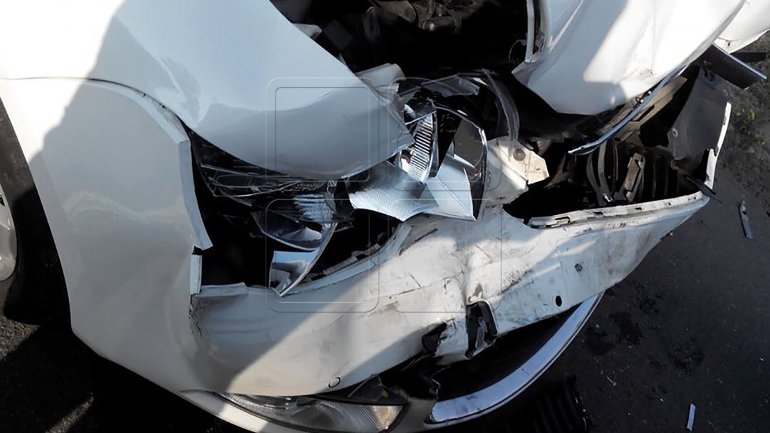 A serious accident occurred last night in the Gratiesti village. A 24-year-old passenger died and another two were hospitalized in serious condition after the car they were in has overturned.
The accident occurred around 9 p.m. near the school in the village center. The 29-year-old driver tried to surround a speed limiter. As a result the  car skidded off the road and has overturned.
According to witnesses, after the strong impact, the two passengers, a man and a woman, were transported in serious condition to the hospital. Police says the driver was driving at excessive speed.
Witnesses say that the driver might have been drunk and tried to flee from the spot, but soon was detained by police.
The driver now risks a criminal record for negligence.
AFLĂ imediat Știrile Publika.MD. Intră pe Telegram