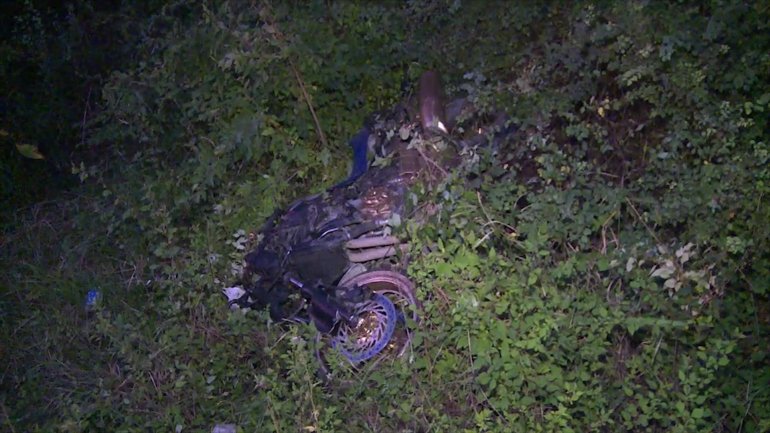 A 24-year old motorcyclist has passed away near Stăuceni district, after his vehicle has fallen into a ditch.

The incident happened this morning, when the young driver has lost control over the motorcycle, due to excessive speed. His sole passenger has lived to tell the story with slight injuries.

Police officers are investigating the case to establish all circumstances, as well as the motorcyclists identity.

"As we can see by the black marking left on the road, the driver tried to hit the brakes while his vehicle was going with an excessive speed, but couldn't maintain control and therefore, his vehicle ended up in the ditch. The man had upon himself some documents from Norway, from which we could establish that he was born in 1993, but we do not know yet if he was a citizen of Republic of Moldova."