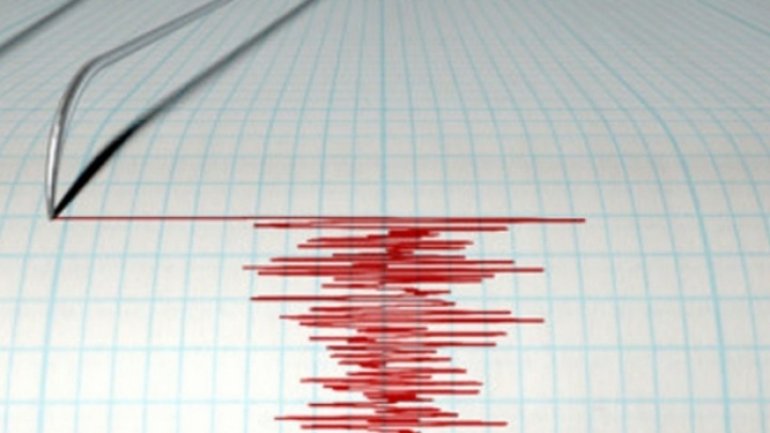 Earthquakes, some with a lower magnitude, some with a higher take place in Moldova once in two days. The seismologists registered over 150 earthquakes, of over 2,5 grade just last year, of which 42 produced from the seismic area Vrancea.
The specialists of the Institute of Geology and Seismology are the ones who monitor attentively the earth’s whims.
Ion Ilieș works for 35 years at the Institute of Seismology. The man says that the tectonic movement of 1977 was determining in the choosing of the profession.
"Day or night, the earthquake produces. Most of the times I’ve been surprised at home and because I live not far away, I always get here running ", said the chief of Seismic Monitoring Center Ion Ilieș.
Till 2003, the specialist says that it was harder to register the parameters of an earthquake because of the non-performing equipment. Now in the basement was created a museum of the institution.
"It’s one of the first seismographs with which the national seismic network was endowed ", affirmed the chief of Seismic Monitoring Center, Ion Ilieș.
The seismologists are continuously watching the monitors in another office.
"There’s a small dose of adrenalin here at seismology, it’s interesting; we at any time expect a seism ", communicated Nicoleta Cojocaru, scientific researcher.
"Monitors where there are viewed. The National network of seismic stations which do the monitoring of the outbreak Vrancea. We see some earthquakes and namely three in Romania from the outbreak Vrancea ", mentioned Igor Nicoară, the director of the Institute of Seismology.

There are six seismic stations which transmit the informations to the center in Moldova. The seismographs are placed in Giurgiuleşti, Leova, Mileştii Mici, Chişinău, Purcari and Soroca.
"It’s very important when an earthquake with a higher magnitude than four so that Moldova Railway be announced because there are of the railway section present danger ", affirmed Igor Nicoară, the director of the Institute of Seismology.
There activate 80 employees within the institution. The youngest is 18 years old, and the oldest 84 years old.
AFLĂ imediat Știrile Publika.MD. Intră pe Telegram