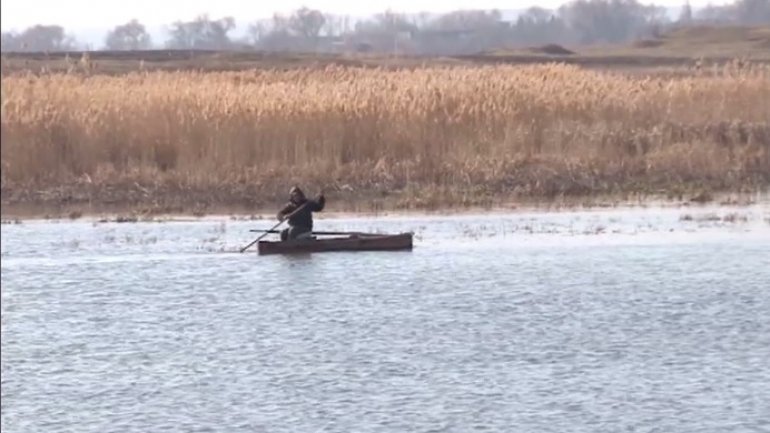 Over 40 hectares of pasture in the Marculesti village, Floresti district was flooded after Raut river got out of its bed. People say that the cause would be a dam on the river that block the flow of water and pond area.

Locals complain that they had to pay taxes for eight years in order to prevent flooding. To get through the flooded land, people use the boat.

People ask authorities to open the dam for the water to drain. The Chief Environmental Inspectorate of Floresti district argues that this is impossible because it could cause flooding.

The mayor recognizes that the swamp pasture may lead to an ecological catastrophe in the village. But he says he has no money to fix the problem.

The dam on the river is managed by Moldovan Water Enterprise. Two years ago, the building was leased to an operator who has proposed to fish here.

At the request of environmentalists, the contract was ended due to damage of the flora and fauna.