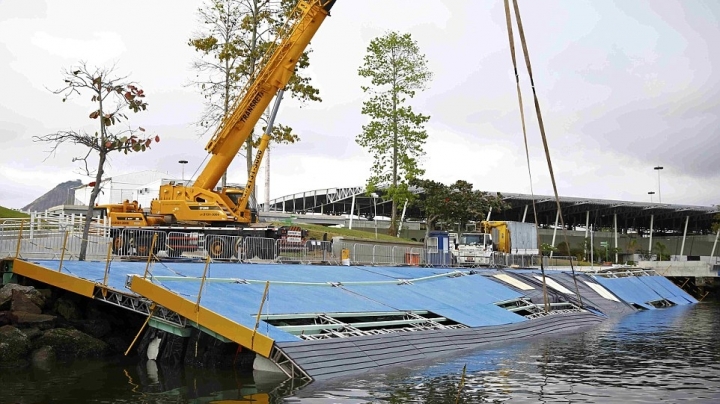 The main launch ramp at the Marina da Gloria buckled on Saturday afternoon after damage from a wave surge during high tide, reports Daily Mail.

The Rio waterways have been a major concern ahead of the games with dead bodies and rubbish hampering preparations for athletes.

The waters were found to be much more contaminated than previously thought.

But Australian sailing team leader Peter Conde said the collapsed ramp wouldn't affect the preparation of the 11-strong contingent who are out to top their impressive London Olympics tally of three gold and one silver.

The International Olympic Committee has guaranteed the ramp will be fixed before racing gets underway with a 25-person team working on the repair.

Conde was also confident that the seemingly indefatigable Brazilians would get the job done.

Rio organisers have been under fire in the lead up to the Games for the condition of Guanabara Bay, where the sailing will be raced.

The bay has been criticised for its poor water quality, with high bacteria levels as well as floating garbage capable of snaring or even damaging boats.

A fleet of 12 boats called 'eco-barcos' have been patrolling the bay to collect the rubbish from the water.