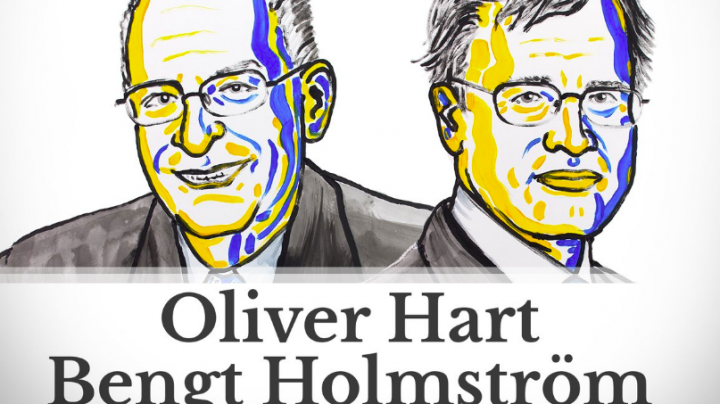 "(Their work) lays an intellectual foundation for designing policies and institutions in many areas, from bankruptcy legislation to political constitutions," the award-giving body said on announcing the 8 million Swedish crown ($928,000) prize.

The economics prize, officially called the Sveriges Riksbank Prize in Economic Sciences in Memory of Alfred Nobel, was established in 1968. It was not part of the original group of awards set out in dynamite tycoon Nobel's 1895 will.

Economy is the fifth of this year's Nobels. The prizes for physiology or medicine, physics, chemistry and peace were awarded last week. The literature prize is due on Thursday, Reuters reports.