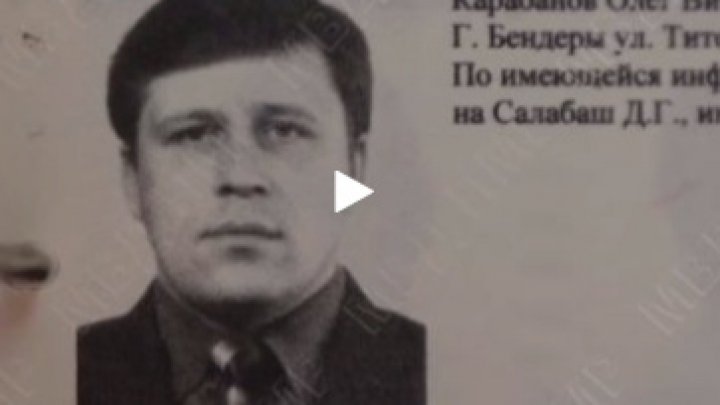 Oleg Karabanov, a member of a criminal group created in 1998, “Badger” gang, was arrested this week after shooting dead a Transnistria police officer.

“Badger” gang were responsible for several murders and a large-scale kidnapping, blackmailing, and extortion ring on both sides of the Dniester River.

Since 1992, no one had seen or heard from Karabanov, so it was widely assumed that he was dead.

The moment of the arrest of the killer Oleg Karabanov was filmed and posted public.

According to a report made by the law enforcement agencies in Transnisrtria, Oleg Karabanov was active in the militia on the left bank of the Dniester until 1994.

Unlike his "brothers in arms", the killer was very careful and did not show up with members of the criminal world.

"He did not smoke, he did not drink, he was in excellent physical shape," says a militia official.

Sergei Yurko, the officer was shot dead by Karabanov will be buried in Tighina on Friday.