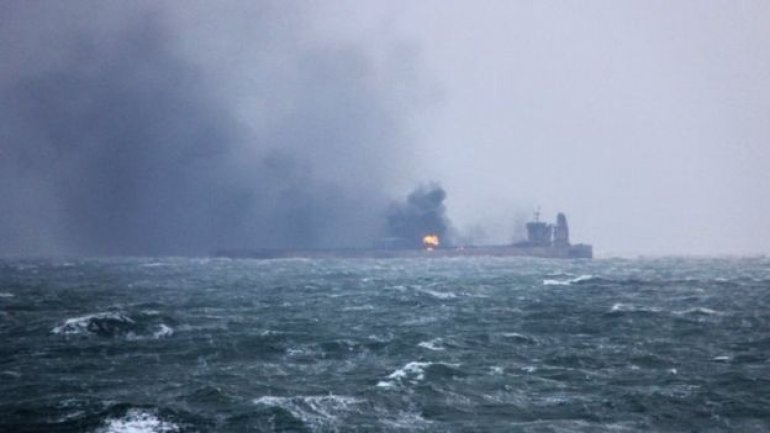 Bad weather is hampering efforts to contain a fire and an oil spill - more than 60 hours after two ships collided in the East China Sea, officials say.

China says an Iranian-owned oil tanker is still burning after the incident, with a cargo ship about 260 km off the coast of Shanghai.

The Sanchi tanker has on board 136,000 tonnes of condensate, which is an ultra-light version of crude oil.

Rescuers have now widened their search for 31 missing crew members.

The body of only one crewman, among the 30 Iranians and two Bangladeshis on board, has so far been found.

Twenty-one Chinese nationals on the cargo ship have been rescued.

There fears of a major environmental disaster as the tanker is continuing to leak oil.

In a statement on Tuesday, the Chinese transport ministry said heavy winds, rain and waves up to four meters high continued to hamper efforts to contain the fire.

The collision, in the mouth of the Yangtze River Delta, occurred on Saturday evening.

The exact cause is not yet known.

The tanker, run by Iran's leading oil shipping operator, has on board 136,000 tonnes of condensate.

That is about one million barrels and at current prices is worth roughly $60m.