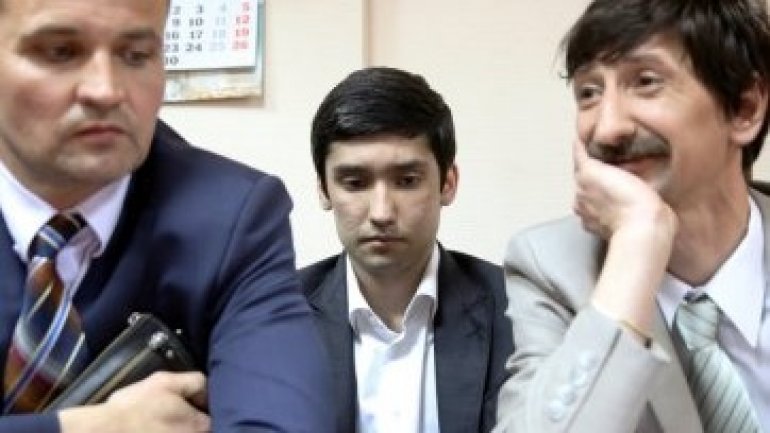 The son of a Russian oil executive has avoided prison for his part in a frenzied car chase with police that spawned a viral video showing him and a group of friends flouting traffic laws, including driving through a children's playground.

A Moscow court on October 17 convicted Ruslan Shamsuarov, son of a vice president at the private oil company LukOil, and his friend, Viktor Uskov, of insulting police officers but acquitted them of the more serious crime of threatening police with violence.

Moscow's Gagaransky District Court fined Shamsuarov and Uskov 20,000 rubles ($320) each and ordered both to perform 300 hours of community service. It also ordered Shamsuarov's luxury sport utility vehicle to be confiscated.

The court acquitted Abduvakhob Madzhidov, the man driving the vehicle in the early hours of May 22.

The men filmed and broadcast their getaway on the Internet using the Periscope application, taunting and joking crudely about police officers during the chase.

The incident was the latest of numerous high-profile cases that have stoked grassroots outrage over what many Russians see as the impunity with which the rich, powerful, and well-connected brazenly flout the country's road rules.

The group of men were pursued by several police cars and apprehended after hours of driving a Mercedes-Benz G-Class, without number plates, at dangerously high speeds and then abandoning the vehicle near a children's playground and trying to flee.

In early June, the three men were arrested and placed in custody for 15 days for ignoring orders from the police.

State prosecutors had asked that Shamsuarov, Madzhidov, and Uskov be sentenced to more than two years in prison.

Russia's powerful Investigative Committee had earlier sought to charge the men with "hooliganism," which carries a stiffer punishment. But prosecutors instead opted to pursue charges that included insulting and threatening police.