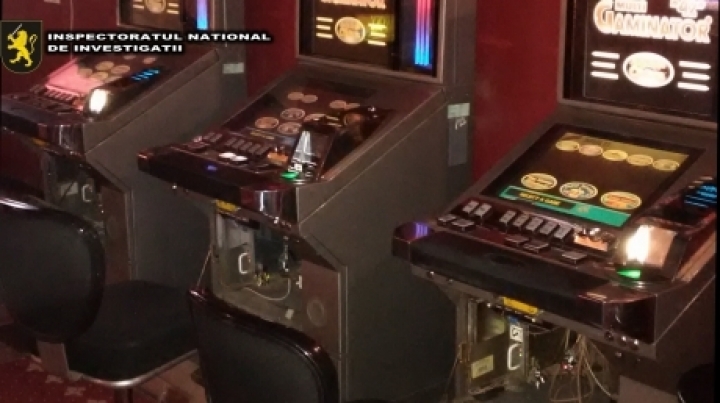 The percentage of winning at gambling was being altered and the taxes were not being paid on time. An enterprise specializing in gambling based in Hincesti town, was left without game machines due to irregularities detected by law enforcement.

A series of violations of financial discipline and legal trade rules were set within the entreprise. The deal was managed by a 40-year-old man, resident of Hincesti town, which is being investigated.

Following reserches, the police found that the company operates for about 3 years and has several gambling halls, located in Hînceşti, Cimişlia, Cărpineni town. Administrator's intention was the non-payment of taxes in large state budget.

However, following the inspection of switches series and numbers it was determined that all devices do not meet the requirements of no. 285 "On gambling" law.

Law people discovered unaccounted money of dubious origin, double accounting documents both paper and electronic format, the provision of collecting receipts and other documents to draft the actual proceeds from the halls with slot machines etc.

A criminal case was opened for illegal practice of entrepreneurship and tax evasion businesses of institutions and organizations.