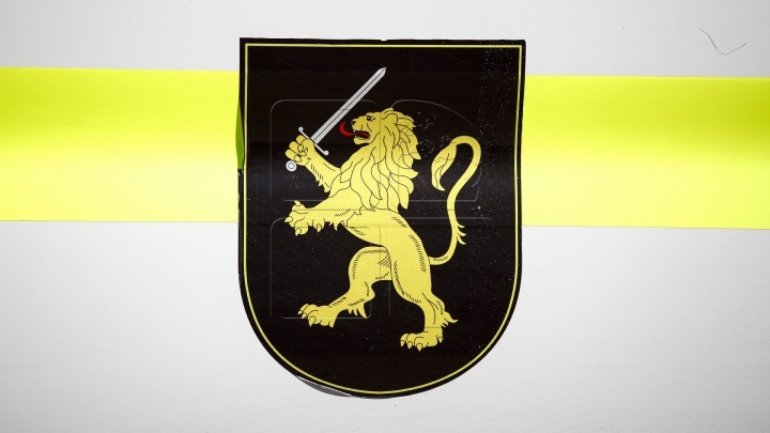 The General Police Inspectorate wishes to make some facts clear regarding the death of Andrei Braguța.

"On 15th August 2017, a team of police officers doing their duty at the Bălți – Sărăteni road, registered 'Volkswagen Passat' car that was speeding with 110 km/h. The driver fully ignored the officers request to pull over, showing various rude gestures through the window to the car.

Therefore in order to stop the vehicle, which had a very unstable trajectory and endangered the life and health of other drivers,  the police officers requested backup of the police station from Orhei.

With the help of their colleagues, the car was finally stooped in Criuleni, Ratuș district, where the driver was handcuffed, without injuries. Showing a rude and inadequate behavior, the driver was escorted to the Republican Dispensary of Narcology, in order to establish whether the young man had consumed any alcoholic beverage.

Once they arrived at the institution, the young man refused to do the breath test, while insulting the employees and the police officers. Basing on this decision the Police Department of Rîșcani, from Chisinau, opened a case for his offences according the 2641 article 3rd row of the Penal Code.

Afterward the police officers moved to the National Police Inspectorate, in order to establish the young man's identity, then to the impoundment lot in order to leave the confiscated car of the Braguța citizen.

During the transportation the man acted hostile and was insulting the officers and once arriving to the impoundment lot he became violent for no reason and hit one of the cops in the face. As a result he was immobilized and handcuffed.

Another case was opened for harassing a police officer, as in accordance with the 349 article 11th row of the Penal Code.

The court of Ciocana, from Chisinau emitted, on the 18th of August, a 30 day arrest warrant, to which the suspect had no objection.

As a result Andrei Braguța was taken into custody and escorted to the Detention Facility of Chisinau and not once has he complained regarding the violent treatment from the police officers, neither request medical assistance.

It was not the only time 903 had to step in, as they called multiple times to size the inmate, who was diagnosed by the doctors as suffering from "mental disorder and schizophrenia".

By investigation this case it was found out that Andrei Braguța was harassed by other inmates, because they felt threatened by his behaviors, with notes of sexual harassment.

On 23rd August, the Court from Ciocana demanded the young man to be admitted in a psychological clinic, which happened afterward.

Andrei Braguța has passed this world, while the official reason given and confirmed by doctors is "Respiratory insufficiency, purulent bronchopneumonia".

We must mention that according to the Judicial Expert Report, given by a National Medical-Legal Center, Andrei Braguța suffered from chronic mental disorder, which could develop into paranoid schizophrenia and while committing the crime the deceased was not in his right mind.

As a result of this investigation, it was established that Andrei Braguța was under the supervision of a psychologist since 27.11.2012 and suffered from chronic mental disorder, which could develop into paranoid schizophrenia.

We must accentuate that during the events mentioned above, not once, has the young man filed complains about being harassed by police officers and in order to establish all the circumstances in this case an internal investigation begun.

All those fact are supported by evidence and videos which will be made available to the General Prosecutor's Office" is said in the official statement given by the Police.