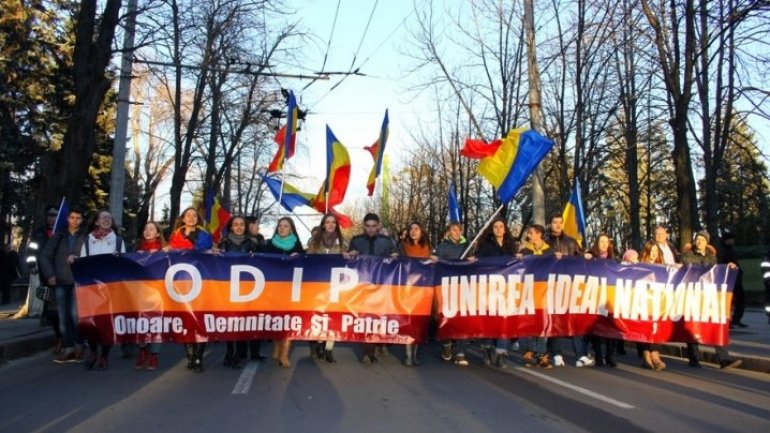 UNIREA - ODIP Association filed a complaint with the General Prosecutor's Office against the Socialist deputy, Vladimir Odnostalco, calling for the deprivation of immunity of the deputy.

The President of the Association, Vlad Bileţchi, claims that the politician verbally and physically assaulted him and tried to tear his tricolor out of his chest. The incident took place on May 9th in Europe.

Vlad Bileţchi says that on May 9th he entered a socialist tent, collecting signatures for organizing the dismissal referendum of mayor Dorin Chirtoacă. When the politician saw him, the socialist deputy verbally assaulted him, calling sick and homosexual and said the tricolor in the chest was "a dirt." The members of the Association filed the request with the Prosecutor's Office together with a video sample that was publicized today.

- Please do not put your hand on me.

Deputy: Don't touch this greasy dirt, your hands will have to wash.

Deputy: We want to help you, we see you need a psychiatrist's help.

Deputy: Are you insulting me?

Deputy: -Vlad, you do not act nicely.

As a result of this incident, the Association requests deprivation of the immunity deputy and filed a complaint with the General Prosecutor's Office.

"Immunity is only for his political opinions, integration into the Customs Union, the European Union ... and does not affect the fact and criminal offenses which he made. So the MP must consider these illegalities", said the president of UNIREA - ODIP Association, Vlad Bileţchi.

Asked by our TV station, deputy Vladimir Odnostalco said he remembered the incident, however, he denied not offending anyone.

"I don't remember i said so and i couldn't allow me to say so. I did not remember that young man. There're lots of disappointed men out there. It's his right to be angry," said PSRM deputy, Vladimir Odnastalco.

Members of the Association say they will go to Parliament to hand out the complaint with each deputy tomorrow.