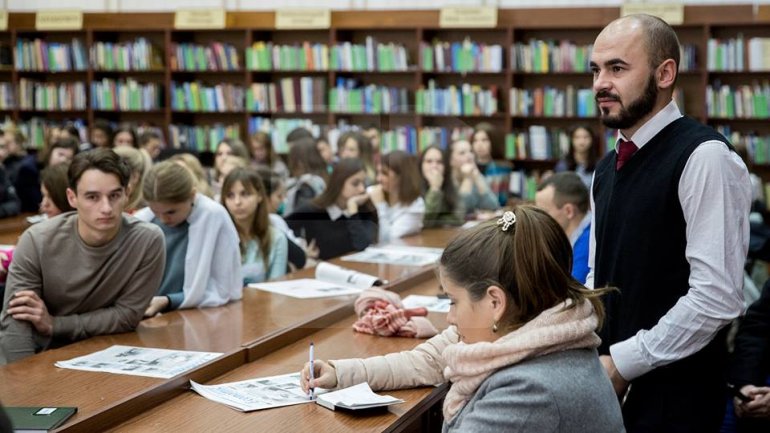 Octavian Calmîc has met with students from Academy of Economic Studies of Moldova, where he claimed that Republic of Moldova's economy requires innovation and young people don't need to be afraid to start a business.

"We must industrialize, prioritize new ares, such as IT and others. We must develop industries in new field" Minister of Economy and Infrastructure, Octavian Calmîc declared.

The students were informed of various grants offered if they desire to launch an enterprise.

Minister has also informed them that the state is trying to end the bureaucracy in the business field.

"So far, the tax system became easier. You are no longer required to report to us, to keep an accountant or many other elements."

The future economists have also shown an interest in Octavian Calmîc himself.

"-What are the three principles you live by? -I have already told you, for me research, is number one. Then, you have to be the best. Number three is responsibility and punctuality."

The young people remained impressed by Octavian Calmîc. Many of them declared that they desire to work at the Ministry of Economy and Infrastructure.

"I believe each one of us is dreaming of such a job. Minister, President, or Vice-President, everyone though about it. It requires hard work."

"There were many questions regarding the current economic situation in Republic of Moldova and we have received answers from which we can draw our own conclusion."

At the end of the event, students have taken picture with Octavian Calmîc.