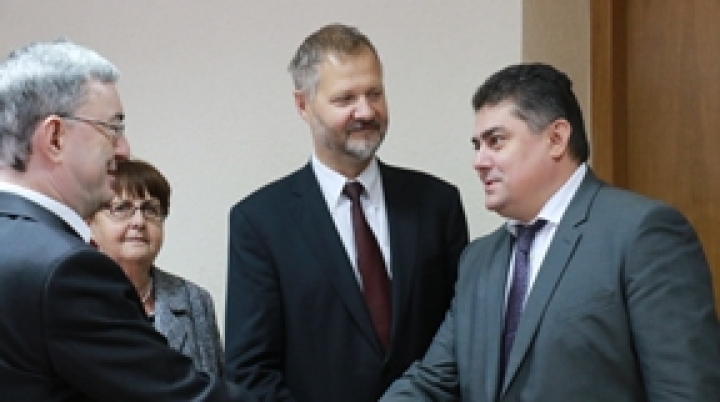 Moldova appreciates the assistance, provided by the Czech Republic and hopes for further development of bilateral relations, said Deputy Premier, Minister of Economy Octavian Calmic at the Wednesday’s meeting with Chairman of the Czech Senate Committee on EU Affairs Vaclav Hampl, Infotag informs.

According to the Economy Ministry’s press service, he hopes that the new impetus to mutually profitable relations may be given by Moldovan-Czech Intergovernmental Committee, which will take place in Prague on October 17-19 and where the possibilities of implementing new investment projects in the field of energy and road building will be discussed.

Vaclav Hampl confirmed Czechia’s support to the process of reforms in Moldova and to its aspirations to the EU.

According to him, the development of Trade and Economic relations with the EU, including with the Czech Republic, is the most efficient instrument of cooperation, which insures people’s stability and wellbeing.