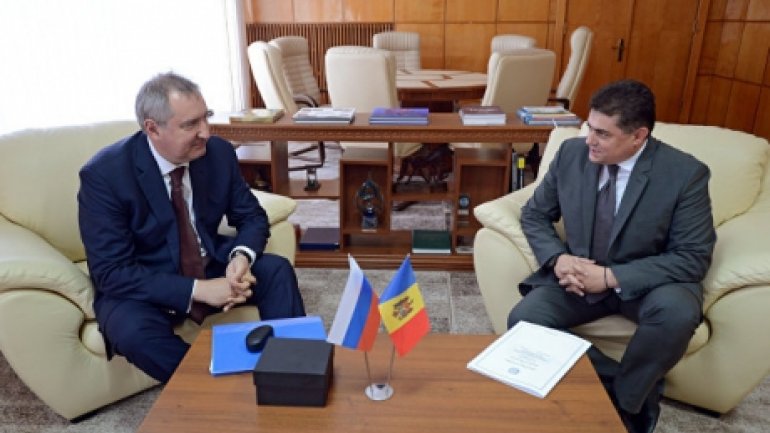 The action plan for the development of economic relations between Moldova and the Russian Federation for the years 2016 - 2017 will be signed during the Commission meeting of Moldovan-Russian economic cooperation, which will be held on the end of November in Sochi.

A decision to this effect was taken at a meeting of co-Chairmen of the Commission, Deputy Dmitry Rogozin and Octavian Calmic in Chisinau.

During the talks, Octavian Calmic and Dmitry Rogozin reviewed the provisions of the Action Plan for the development of economic relations between Moldova and the Russian Federation for the years 2016 - 2017, stating their positions on each of the 13 compartments - trade-economic, transport, agribusiness, industry, energy, business, humanitarian, etc.

The officials found that removing barriers for trade and economic relations between two countries can be achieved in terms of Moldova's participation in a free trade regime with both the EU and the CIS.

Octavian Calmic and Deputy Dmitry Rogozin agreed that groups of experts should prepare all technical procedures and protocol for signing the document by the intergovernamental commission meeting.

A set of topics on the agenda of bilateral relations were discussed during the meeting, covering issues abolishing customs duties, transit of Moldovan goods through the territory of the Russian Federation to Kazakhstan and Kyrgyzstan, the intensification of economic cooperation platform CIS permits for transports of goods, etc.