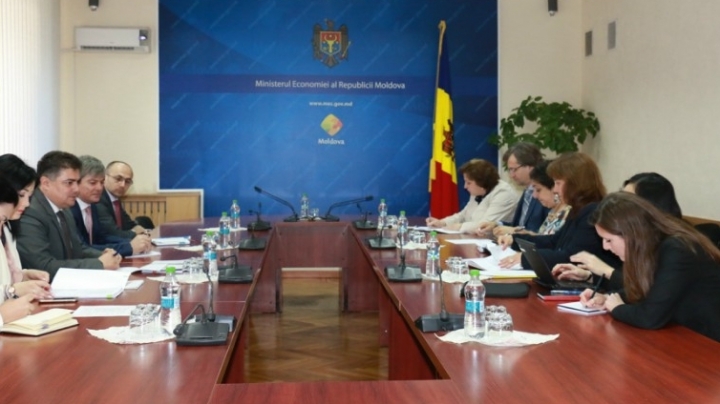 Minister of Economy, Octavian Calmac, named as leader of the Negotiating Group for participation on the negotiations of the new Memorandum on economic and financial policies between Moldovan Government and International Monetary Fund (IMF), had a meeting with the IMF mission, led by Ivanna Vladkova-Hollar.

During the meeting were discussed problems related to the macroeconomic situation, the structure reforms implemented by the Moldovan authorities for the improvement of the corporative governing, the power supply system.

The situation in the power supply system and the measures taken by the Chisinau authorities for solving the problems linked to the provision of power supply, natural gas and thermal agent, the modernization of the system on these segments were especially discussed.

Octavian Calmac and Ivanna Vladkova-Hollar have convened on the establishment of a permanent agreement between the Negotiating Group and IMF mission, for the whole period the mission will be in Moldova, in order to facilitate the consulting process in the elaboration of a draft of the memorandum on economic and financial policies between Moldovan Government and IMF.