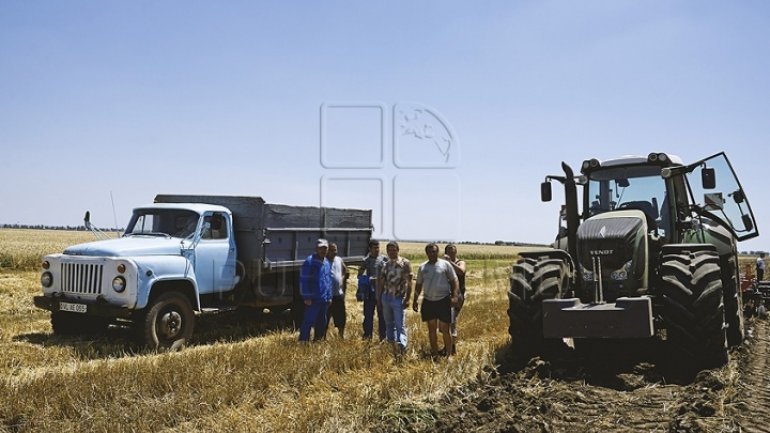 Eight farmers have received GlobalGAP certificates, which confirm that they comply with all international standards in the fruit and vegetable production process.

Farmers have implemented over 200 requirements and the certificates will allow them to sell their production on the European Union market. The conditions are not so difficult to implement, as the legislation in the Republic of Moldova comprises more than 75 percent of the provisions of the GlobalGAP.

Victor Scutaru from Edinet district is one of the first Moldovan farmers certified GlobalGAP. The man invested in a super intensive orchard, a sorting line and a cool store. He received the certificate in the last 10 years which helped him to export his apples to different international markets.

"We produce 2 thousand tons of apples every year, we will export, transport to supermarkets. We can export to any country, even in America and Germany", said producer, Victor Scutaru.

The farmer says that it was difficult firstly to comply with GlobalGAB's requirements, but later he was convinced that only high-quality products would help him success in international market, he continued working on modernizing the business.

"We should obtain products which are internationally certificated and reached by foreign clients", said agricultural producer Victor Scutaru.
20 farmers have been certificated since 2016 and 8 farmers received certification today.

Mihai Ieftodii is among the honored farmers. The young man owns 34 hectares of apple orchard and plums in the Soroca district, and until now has sold only the intermediaries.

"We did water analysis for irrigation, soil analysis, then we started to record all the works done in the orchard so that we can monitor any time. We aim to export to Romania," said the agricultural producer, Mihai Ieftodii.

"We are offered technical support and consulting. We are instructed how to fill in and comply with requirements. Moreover, we carried out analysis and conducted researches", APM project specialist Andrei Cumpanici said.

The GlobalGAB certificate costs about 2,000 euros and is provided by international companies that monitor three basic issues for one year.

"The growth of a safe product for the health of the consumer, the social protection of the workers who work in these plantations and farms, and the nature protection," said the director of the certification company, Segiu Croitoru.

These certificates are needed by farmers not only to export to European Union markets.

According to the data, GlobalGAB is implemented by 1.5 million farmers in 124 countries of the world.