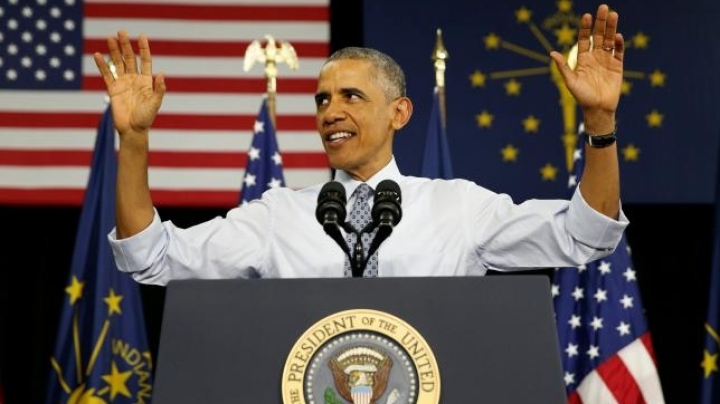 President Barack Obama said on Wednesday he expected the winner of the Democratic presidential nominating race would be clear next week after Hillary Clinton and Bernie Sanders compete in races in California and New Jersey, according to Reuters.

"I think that there has been a healthy debate in the Democratic Party, and it's almost over" Obama said during a town hall-style event broadcast by PBS.

People will "probably have a pretty good sense next week" of who the nominee will be, Obama said.

Clinton, a former U.S. secretary of state, is the front-runner in the Democratic race. Sanders, a U.S. senator from Vermont, lags her in the number of delegates needed to wrap up the nomination.

California and New Jersey, which both have large numbers of delegates up for grabs, hold their votes next Tuesday.

Obama has not endorsed either candidate in the Democratic race, though he has made clear his affection and admiration for Clinton, who was his opponent in the 2008 Democratic nominating race. Obama appointed Clinton as his secretary of state after winning the presidential election that year.