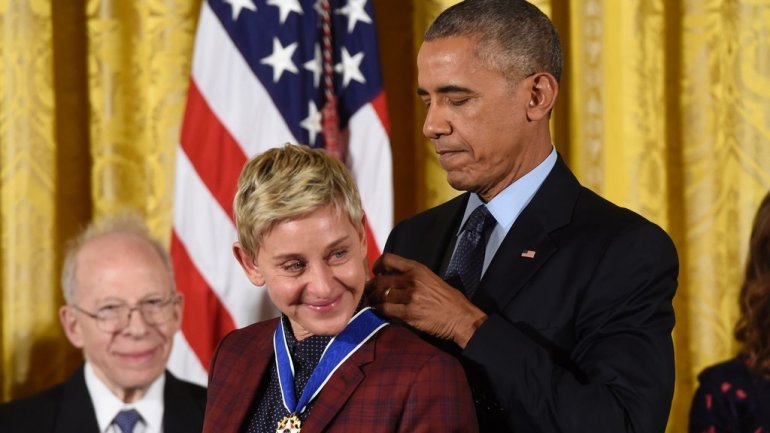 Comedian Ellen DeGeneres was praised by the US president for her influence on the gay rights movement as she received the country's highest civilian honour, BBC reports.

Celebrities including Tom Hanks, Robert De Niro and Michael Jordan were also among the 21 recipients of the Presidential Medal of Freedom.

Barack Obama said it was easy to forget the risk Ellen DeGeneres took to come out as gay in 1997.

He said her bravery helped "push our country in the direction of justice".

"It's easy to forget now, when we've come so far... just how much courage was required for Ellen to come out on the most public of stages almost 20 years ago," he said during the award ceremony at the White House.

"What an incredible burden that was to bear - to risk your career like that - people don't do that very often. And then, to have the hopes of millions on your shoulders."

The award, which recognises contributions to United States culture, security and international interests, is the highest honour a civilian can receive, alongside the Congressional Gold Medal, a similar accolade awarded by the US Congress.