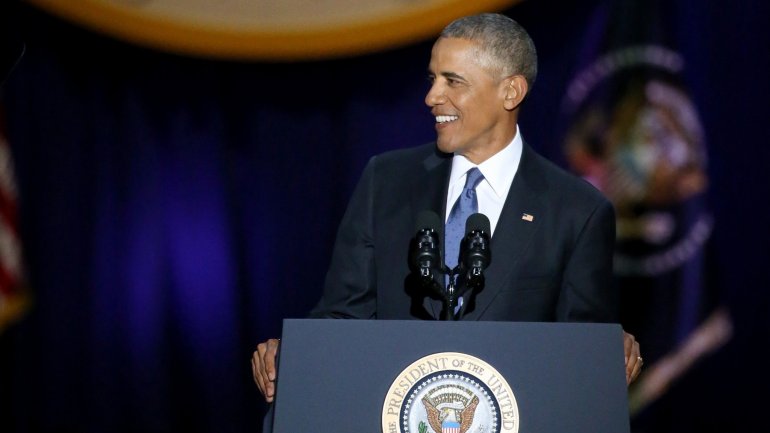 President Barack Obama has called on Americans to defend their democracy in his farewell speech in Chicago, BBC informs.

"By almost every measure, America is a better, stronger place" than it was eight years ago when he took office, he told thousands of supporters.

But he warned "democracy is threatened whenever we take it for granted".

He implored Americans of all backgrounds to consider things from each other's point of view, saying "we have to pay attention and listen".

The country's first black president, now 55, was first elected in 2008 on a message of hope and change.

His successor, Donald Trump, has vowed to undo some of Mr Obama's signature policies. He will be sworn into office on 20 January.

Raucous chants of "four more years" from the crowd were brushed aside by the president. "I can't do that," he said with a smile. US presidents are limited to two terms by the constitution.

"No, no, no, no no," he said, when the crowd booed the prospect of Mr Trump replacing him.

Striking an upbeat tone, Mr Obama said that the peaceful transfer of power between presidents was a "hallmark" of American democracy.

But, he outlined three threats to American democracy - economic inequality, racial divisions and the retreat of different segments of society into "bubbles", where opinions are not based on "some common baseline of facts".