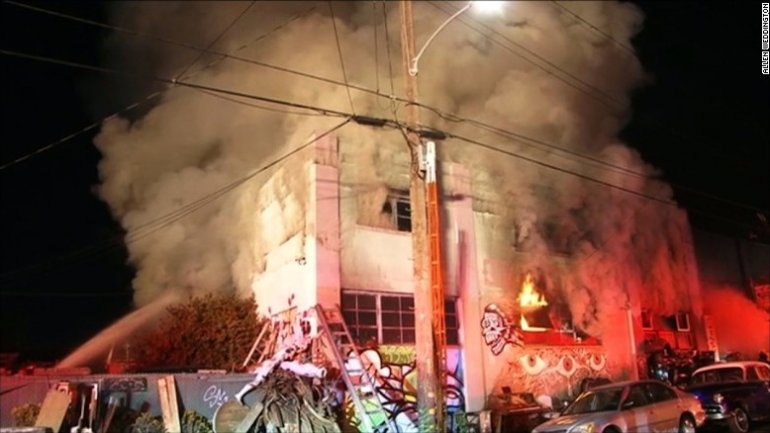 Dozens of people are feared dead after a fire broke out during a rave at a converted warehouse in Oakland, California, BBC reports.

Authorities have confirmed nine deaths but say they are preparing for the death toll to rise as high as 40.

Oakland fire chief Teresa Deloche-Reed said between 50 and 100 people were thought to have been inside the venue.

The venue was hosting a concert by electronic group Golden Donna, along with six other acts. The venue had been announced on Facebook earlier in the day.

Videos posted on social media by the fire department showed massive flames burning through the roof of the building.

The building did not have a sprinkler system and firefighters did not hear any alarms when they arrived, Ms Deloche-Reed said.

The warehouse, which houses artists in improvised studios, was packed with furniture, mannequins and other objects, obstructing firefighters' efforts to put out the blaze, she added.

"It was filled end to end with furniture, whatnot, collections. It was like a maze almost."

The only exit from the second floor was a staircase made from wooden pallets, Ms Deloche-Reed said.