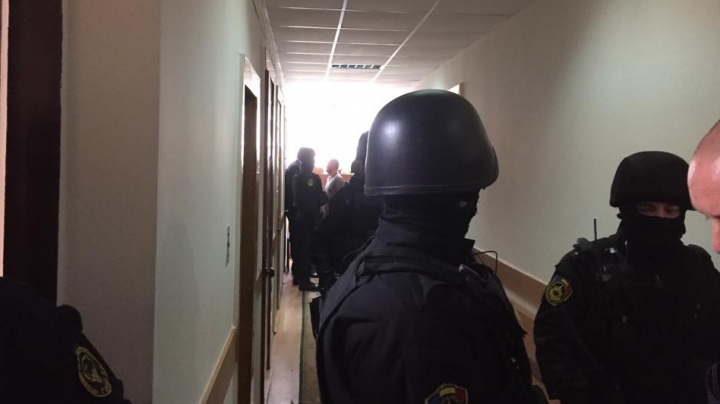 Number 1 raider from CIS, Veaceslav Platon, stays in preventive arrest for the next 30 days. The decision was taken today by Buiucani trial court.

PUBLIKA.MD reminds that the number one raider of CIS, Veaceslav Platon, was extradited from Ukraine to Moldovan authorities. The scandalous businessman was arrested in the neighboring country, after which the Moldovan authorities put him on international search.

A month ago anti-corruption prosecutors and NAC officers conducted searches and seized many documents from many banks, offices and houses in the case of fraud at BEM. According to the chief of Anti-corruption Prosecutor’s Office, Viorel Morari, a group of physical persons obtained loans. Afterwards the loans were extended through BEM, the main suspect being Veaceslav Platon, to whom was given the guilt and arrest for 30 days.

The money was taken from the country abroad by Platon, through the international transactions in Latvia and Great Britain. At the same time, the chief of Anti-Corruption Prosecutor’s Office has declared that two persons working at Moldindconbank were detained. It is about persons with high positions from Finances Department and Administration.

The General Prosecutor’s Office from Kiev has issued yesterday the extradition order of the number one raider of CIS. The extradition operation of the controversial businessman was joint. In this process were involved Moldovan authorities and those from Kiev. The economic analysts claim that the actions of the legal institutions of extraditing Platon contribute to the stabilization of the banking system in Moldova.

Veaceslav Platon is investigated for fraud and money laundering in huge proportions, which led to the impairment of Banca de Economii with approximately 1 billion lei. According to the investigation, five companies controlled by Platon have taken loans of hundreds of millions dollars.

In the first scheme planned by Platon, five economic agents controlled by persons named by the number one raider in the CIS, have taken, in the period of 2011 and 2012, loans in the amount of 40 million dollars and over 123 million lei from Victoriabank. The amount of money got into the account of a company from a fiscal paradise. From here, the loans taken by the five economic agents were returned to Victoriabank.

Also, the media wrote that Platon is involved in the laundering of 20 billion dollars through a bank in Moldova. In the last years, the controversial businessman Veaceslav Platon was involved in various scandals. He got the attention of media after he got accused of a raider attack on some banks in the country. Approximately 78% of the Universalbank shares and 28% of Moldova Agroindbank shares were illegally alienated.

The name of Veaceslav Platon was also included in the biggest operation of money laundering in the Eastern Europe in which were involved over 90 companies registered in Russia. The media also wrote about the involvement of the controversial businessman in the bankruptcy of the nuclear plant Energoatom in Ukraine. According to a Ukrainian news portal, Platon, who was the leader of an international group of swindlers, has bribed many employees of this state company, which sold many commercial secrets to him.

Veaceslav Platon has got in the attention of the Ukrainian investigators for many attempts of hostile overtaking of some Ukrainian banks. In 2009 he had to be detained for an attempt of overtaking in huge attempt of goods. The prosecutors were stopped by the fact that Platon was a nominee for the position of deputy. In 2012, Platon has declared that he bought the place in the nominees’ list of the Alliance “Moldova Noastra”, in order to become deputy, and thus, to take advantage of parliamentary immunity.