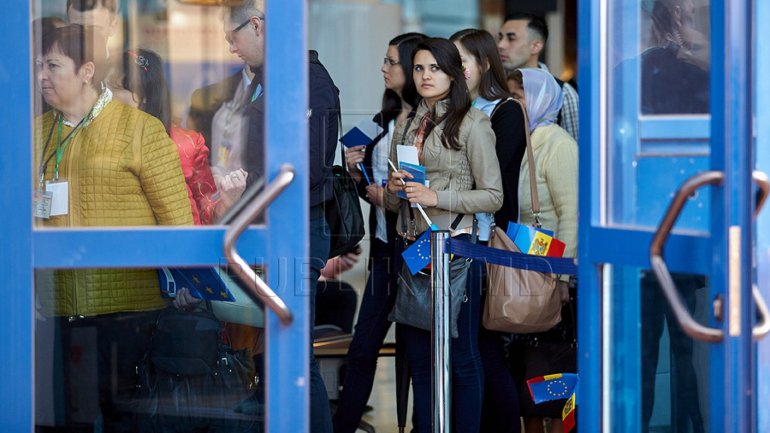 More foreign citizens start living in Moldova. Statistics shows that most of them are men who came here to start a family and develop a business. According to Bureau of Migration and Asylum, many foreigners chose Republic of Moldova because it is a peaceful country and with favorable climate.

Mehmet Emin Ekşioglu, native of Turkey, came to Moldova nine years ago and remained here, because of his beloved wife. Mehmet claims that it never crossed his mind to return to his country and that he is happy here, along with his family.

"I first came to Republic of Moldova to visit some friends. I met my wife by accident, we got married and I stayed here. Unlike Turkey, it is a peaceful country, not so crowded. You get used to living here" Mehmet Emin Ekşioglu said.

While some foreigners chose to leave in search for love, others try their luck in business.

Satia Ismail came from Iraq in 1997 and opened here a bakery. Later, got married. In 21 years of living here, the man saw that Moldovans are hardworking, while the land is fertile.

"I first arrived here to work. I have an orchard in Cojuşna village and the land is very fertile. The lands of Republic of Moldova are true riches. The people are hardworking. You can do any business with them" Satia Ismail said.

According to the statistics, most immigrants who chose Moldova are from Russia, Ukraine, Israel, Romania, Turkey, as well as United States of America, Italy, India, Azerbaijan and Germany.

"The main reason is usually the favorable climate, as well as organic food. Most foreigners who have a residence permit can work" expert from the Immigration Directorate, Bureau of Migration and Asylum, Ana Ghervas declared.