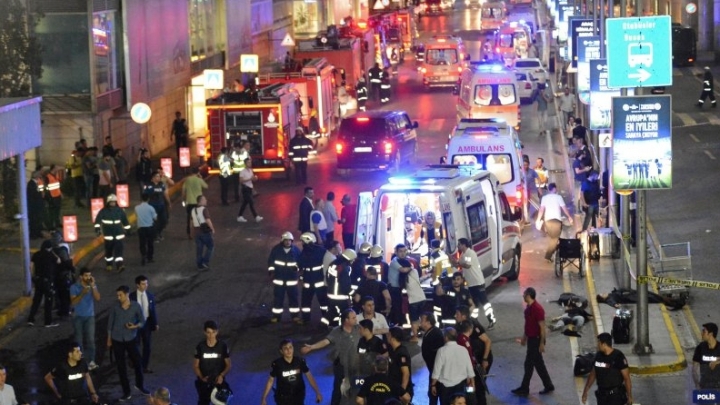 (UPDATE 13:22) The governor of Istanbul says the number of dead has risen to 41.

(09:49) Gunshots, screams and explosions pierced the air Tuesday as three terrorists armed with bombs and guns killed at least 36 people at Istanbul Ataturk Airport in Turkey.

Witnesses described deadly carnage and crowds in a panic as the attackers struck one of the world's busiest airports.

There are reports that ISIS would claim responsibility.