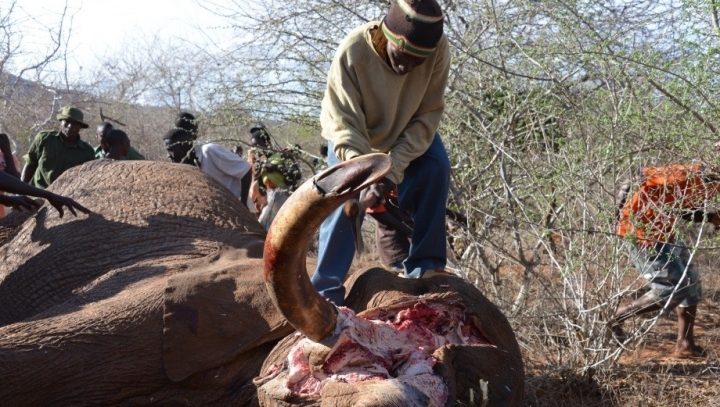 The number of African elephants has dropped by around 111,000 in the past decade, a new report released Sunday at the Johannesburg conference on the wildlife trade said, blaming the plummeting figures on poaching.

The revelation, the worst drop in 25 years, came amid disagreement on the second day of the global meet over the best way to improve the plight of Africa's elephants, targeted for their tusks.

With Namibia and Zimbabwe, wanting to be allowed to sell ivory stockpiles accrued from natural deaths to fund community elephant conservation initiatives, Zimbabwe's Environment Minister Oppah Muchinguri rejected the "imperialistic policies" of opposing countries, branding them a "clear infringement on the sovereign rights of nations".

Both Namibia and Zimbabwe boast healthy elephant populations and their desire to sell the stockpiles is supported by South Africa.

"We need to be considerate as we make these decisions," Muchinguri told a news conference.

"CITES should be there to facilitate us to succeed in our conservation programmes rather than these imperialistic policies," she added, saying she was speaking on behalf of the southern African region that is home to three-quarters of the savannah jumbo population.

A booming illegal wildlife trade has put huge pressure on an existing treaty signed by more than 180 countries -- the Convention on International Trade in Endangered Species (CITES).

Thousands of conservationists and government officials are in Johannesburg for the 12-day gathering, seeking to hammer out new international trade regulations to protect a vast array of different species, with several proposals on whether to tighten or ease controls on the ivory trade on the agenda.