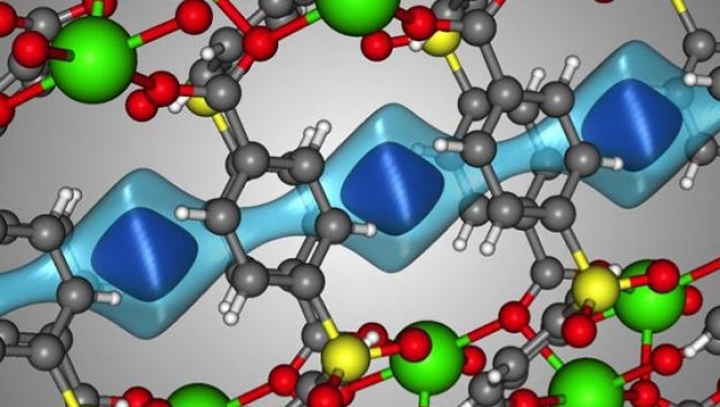 Researchers have discovered a new material that could be used to trap dangerous gases released during nuclear reprocessing and waste handling to make the procedures cheaper and safer.

The material, discovered by a team of scientists from the Swiss École Polytechnique Fédérale de Lausanne and the Pacific Northwest National Laboratory of the US Department of Energy, is a nano-porous crystal that can assemble itself into an ordered pre-determined structure.

Experiments have previously been conducted with this type of material to capture CO2 emissions, but the scientists found it can also absorb nuclear waste gases such as xenon and krypton.

These gases are released during nuclear reprocessing and usually escape from the facilities. The current methods of capturing them are costly and complicated and involve energy-intensive distillation at very low temperatures. The process is hazardous, as it can cause explosions.