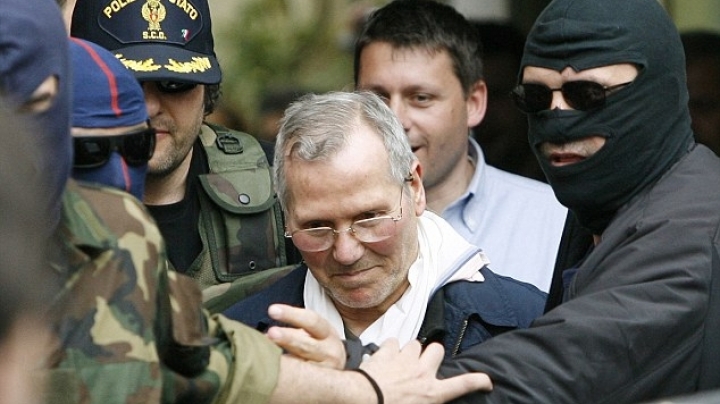 Sicilian 'Cosa Nostra' mafia boss Bernardo Provenzano, dubbed 'the tractor' for the way he mowed down his victims, has died Wednesday after a long illness, reports Daily Mail.

Provenzano, 83, was the Cosa Nostra crime group's 'boss of bosses'; until his 2006 arrest after 40 years on the run, during which time he communicated with his lieutenants by word of mouth or typewritten notes.

He died at the San Paolo hospital in Milan in northern Italy, where he was being treated for bladder cancer.

He was born in the village of Corleone - the name of which became associated with the Sicilian mafia thanks to the 'Godfather' novels and films - and reportedly committed his first murder aged 25, when he killed a rival boss.

He became second-in-command to mafia leader 'Toto' Riina, who presided over a series of gangland wars and killings of top judges that were a hallmark of Italian life in the 1980s.

Provenzano became the uncontested head of Cosa Nostra after Riina was clapped in cuffs in 1993 - an arrest one supergrass said Provenzano had had a hand in.

The police sting, which came a year after bomb attacks killed anti-Mafia judges Giovanni Falcone and Paolo Borsellino, was considered a major victory in the struggle against the organised crime group.

Provenzano is said to have struck a deal with the authorities, persuading them that he was the only one who could forge a new strategy for Cosa Nostra and stop the attacks.

The violence did largely abate, with the new boss ushering in an era in which the group focused on infiltrating the police force.

Provenzano later gained a second nickname, 'the accountant', because of his mastery of his crime empire's finances.

However, one predecessor, Luciano Leggio - dubbed 'the professor' for his habit of correcting his henchmen's grammatical mistakes - said that while Provenzano fired weapons 'like a God', he had 'the brain of a chicken'.

During the mid 1990s, when he was being actively sought by the authorities, the price on Provenzano's head was said to be some three billion lira, or around 1.5 million euros.

By 2003 the bounty had risen to 2.5 million euros, but he still remained elusive.

In the absence of photos of Provenzano - the most recent one reportedly dated from 1959 - police were reduced to making computer enhancements of old pictures, to try and guess what he now looked like.

Police got a lucky break in 2002 when they received a tip-off that he had undergone an operation for prostate cancer in Marseille, leaving behind a copy of an identity card which bore a false name but real photograph.

Top of Italy's most-wanted list for decades, Provenzano was finally arrested in a farmhouse in his fiefdom in Corleone near Palermo.

Sentenced to several consecutive life sentences, he was transferred in 2014 to hospital in Milan after suffering from neurological problems. Italy's supreme court rejected a plea from his lawyers to release him on the grounds of ill health.

Several trials he was a defendant in were suspended as his mental health deteriorated.

Provenzano had reportedly attempted suicide in prison in 2012 but was stopped when guards found him with a bag over his head.