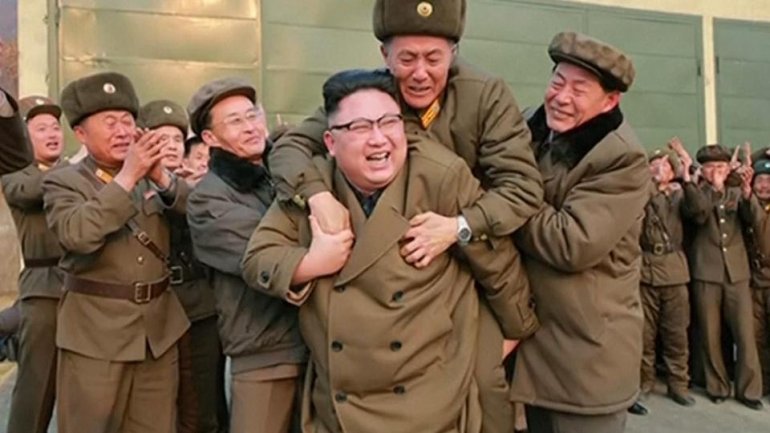 North Korea has conducted a ground test of a new type of high-thrust rocket engine that leader Kim Jong Un is calling a revolutionary breakthrough for the country's space programme.

Kim attended the test at the Sohae launch site, according to a report Sunday by the Korean Central News Agency.

The report said the test was intended to confirm the "new type" engine's thrust power and gauge the reliability of its control system and structural safety.

The KCNA report said Kim called the test "a great event of historic significance" for the country's indigenous rocket industry.

He also said the "whole world will soon witness what eventful significance the great victory won today carries" and claimed the test marks what will be known as the "March 18 revolution" in the development of the country's rocket industry.

The report indicated the engine is to be used for North Korea's space and satellite-launching programme.

North Korea is banned by the United Nations from conducting long-range missile tests, but it claims its satellite programme is for peaceful use, a claim many in the U.S. and elsewhere believe is questionable.
AFLĂ imediat Știrile Publika.MD. Intră pe Telegram