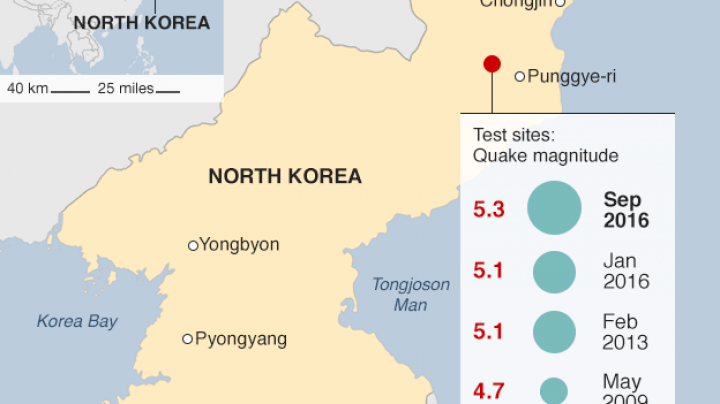 The UN Security Council has agreed to begin drawing up new sanctions against North Korea over its fifth and reportedly biggest nuclear test.

The decision was taken at an urgent meeting of the 15-member council.

Pyongyang has carried out two nuclear tests this year despite the UN ban.

Before the closed-door UN Security Council meeting, US Ambassador Samantha Power said that "North Korea is seeking to perfect its nuclear weapons and their delivery vehicles so they can hold the region and the world hostage under threat of nuclear strike".

"We will take additional significant steps, including new sanctions to demonstrate to North Korea that there are consequences to its unlawful and dangerous actions," she added.

France's UN Ambassador Francois Delattre said: "North Korea will have to bear the consequences of its act and provocation.''

China's foreign ministry said it would lodge a diplomatic protest and urged North Korea to avoid further action that would worsen the situation.