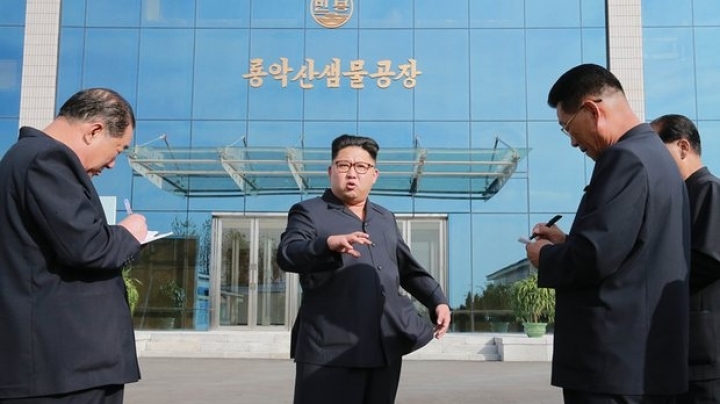 A ranking North Korean embassy official in Beijing has defected, South Korea’s Yonhap news agency has said, while a separate report suggested two embassy staff had sought asylum with the Japanese mission in the Chinese capital, reports The Guardian.

If confirmed, it would mark the latest in a recent series of high-profile North Korean defections that some observers see as a sign of growing instability within the leadership in Pyongyang.

Yonhap, quoting an anonymous source “familiar with Pyongyang affairs”, said the official – stationed in the Beijing embassy but attached to the North Korean health ministry – had disappeared with his family in late September.

The source said the official was responsible for sourcing medical supplies for a clinic in Pyongyang that caters to North Korean leader Kim Jong-Un and his family.

South Korea’s unification ministry, which has a general policy of not commenting on defections, especially by senior officials, said it was unable to confirm the report.

In a separate report, the South Korean daily, JoongAng Ilbo, said two senior staffers at the North Korean embassy in Beijing had asked for asylum in Japan.

The newspaper cited an anonymous source as saying the two officials were not diplomats, but attached to a North Korean government office.

Japan’s top government spokesman Yoshihide Suga denied that any approach had been made to the Japanese mission.

The North has been rocked by a number of high-level defections, most recently that of its deputy ambassador to Britain who fled to the South in a major propaganda victory for Seoul.

North-South Korea ties are currently plumbing new lows, with Seoul holding to a hard line with Pyongyang in the wake of two nuclear tests and numerous missile launches this year.