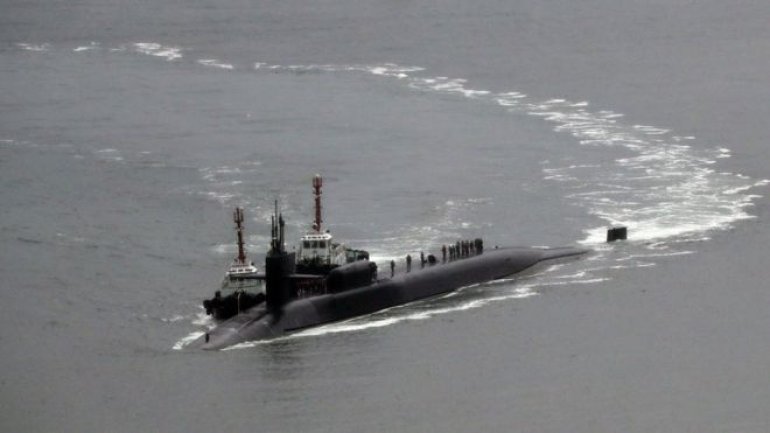 A US submarine has arrived in South Korea, amid worries of another North Korean missile or nuclear test, according to BBC.

The missile-armed USS Michigan is set to join an incoming group of warships led by aircraft carrier Carl Vinson.

North Korea is celebrating its army's 85th founding anniversary on Tuesday. It marked the event with a large-scale firing drill, South Korea said.

Tensions have risen in the area in recent weeks, with the US and North Korea exchanging heated rhetoric.

Experts fear Pyongyang could be planning more tests - it has marked some key anniversaries in the past with nuclear tests or missile launches.