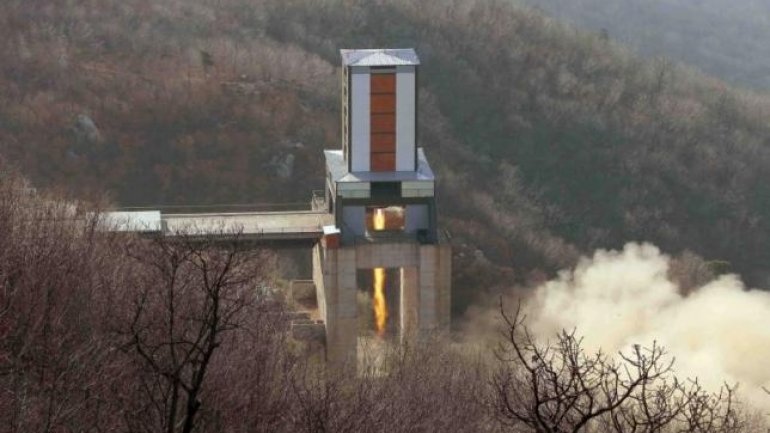 North Korea says it could launch an intercontinental ballistic missile "at any time," even as Pyongyang appeared to offer Donald Trump an avenue for future talks, informs CNN.

Tensions on the Korean peninsula have risen considerably since leader Kim Jong Un said in his new year's message that the country was close to testing an intercontinental ballistic missile (ICBM)capable of delivering a nuclear weapon to the US mainland.

In a statement Sunday, a spokesman from North Korea's foreign minister said "the U.S. is wholly to blame" for the development of its missile program.

Speaking to NBC's Meet the Press Sunday, Defense Secretary Ash Carter called it a "serious threat" and said the US would shoot down any missile aimed at it or an ally.

China and South Korea on Monday denounced the North Korea missile threat, and warned that a test could lead to further sanctions.

"If North Korea disregards our warning and launches an ICBM, it will face more powerful and thorough sanctions and pressure by the international community," South Korean Defense Ministry spokesman Moon Sang-gyun said.

Strict international sanctions have so far failed to prevent Pyongyang from developing its nuclear program.

In the Sunday statement, the country's foreign ministry alluded to those sanctions and said US officials "spout rubbish" when they assume Obama's policies will be maintained in future.

"Anyone who wants to deal with (North Korea) would be well advised to secure a new way of thinking after having clear understanding of it," the statement said.

John Delury, assistant professor of international studies at Yonsei University said the statement was "definitely a message to the Trump transition team to say don't go down this dead end (of sanctions)."

Following Pyongyang's apparent nuke threat in Kim's new year's speech, Trump tweeted that "North Korea just stated that it is in the final stages of developing a nuclear weapon capable of reaching parts of the US. It won't happen!"