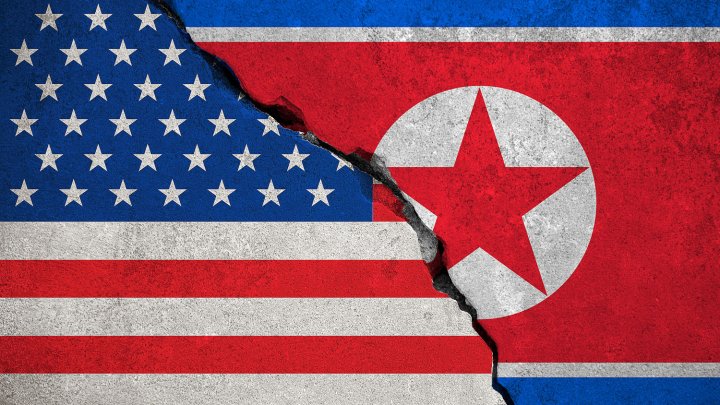 The United States says any dialogue with North Korea must have nuclear disarmament as the end goal.

The North indicated on the last day of the Winter Olympics in Pyeongchang it was ready for talks, according to South Korea.

North Korea has previously said it will not accept any preconditions.

"We will see if Pyongyang's message... that it is willing to hold talks, represents the first steps along the path to denuclearization," the US said.

Reports about the North's willingness to speak to the US emerged after a meeting of its officials with the South Korean president before the Games' closing ceremony on Sunday.

US President Donald Trump's daughter Ivanka also attended the ceremony but she is not expected to talk with any North Koreans, even though she sat a few feet from their main envoy, Gen Kim Yong-chol, at the Olympic Stadium.

North Korea was "very willing" to hold talks with the US, said the office of South Korean President Moon Jae-in.

It added that the North had "agreed that inter-Korea talks and North-US relations should improve together".

The revelation from the South Korean presidency came hours after a furious statement from the North that described fresh sanctions announced by Washington as "an act of war".

Pyongyang's foreign ministry praised the way the two Koreas had co-operated together during the Olympics but said the US had "brought the threat of war to the Korean peninsula with large-scale new sanctions".