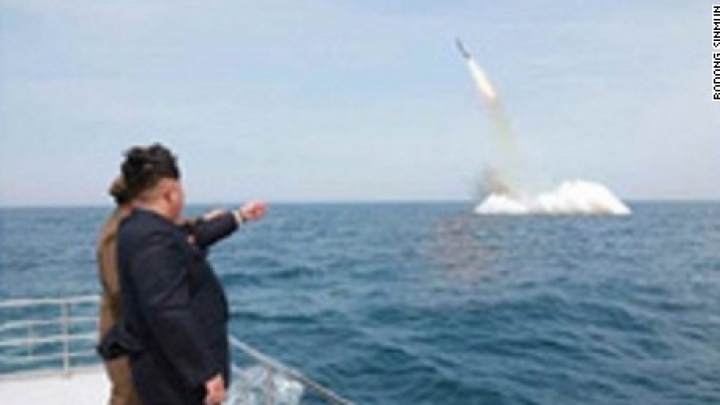 North Korea fired a ballistic missile from a submarine on Saturday but it appears to have failed soon after launch, South Korea's military said.

The launch comes at the end of a week of sharply rising tensions on the peninsula. It is only a day after the U.S. and South Korea pledged to deploy an advanced anti-missile system to counter threats from Pyongyang, and two days after North Korea warned it was planning its toughest response to what it deemed a "declaration of war" by the United States.