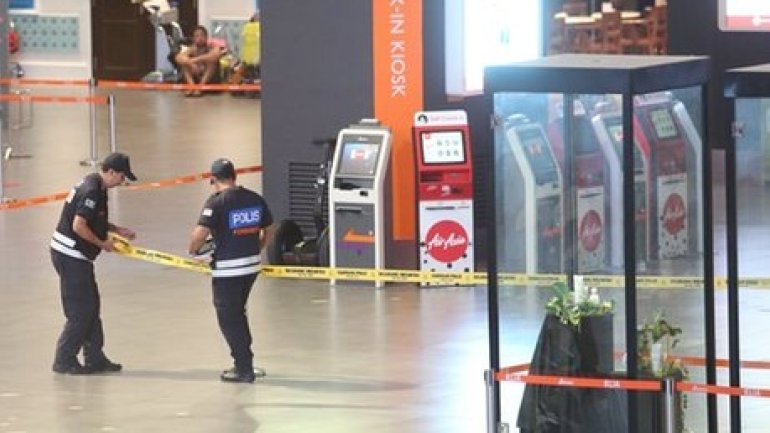 A Japanese broadcaster has released what appears to be CCTV footage of the deadly poison attack on the half-brother of the North Korean leader, Kim Jong-un, in Malaysia as a diplomatic row deepened between the two countries, The Guardian reports.

Kim Jong-nam, who lived most of his life outside his home country, died from a seizure en route to hospital last Monday after complaining that a woman had sprayed a chemical on his face.

The low-quality security camera footage, broadcast by Fuji TV, shows two angles of the attack in which a man, believed to be Kim, is grabbed from behind by a woman in a white top. She appears to put her hands over his face and then swiftly walks away. A second woman is also seen leaving the scene.