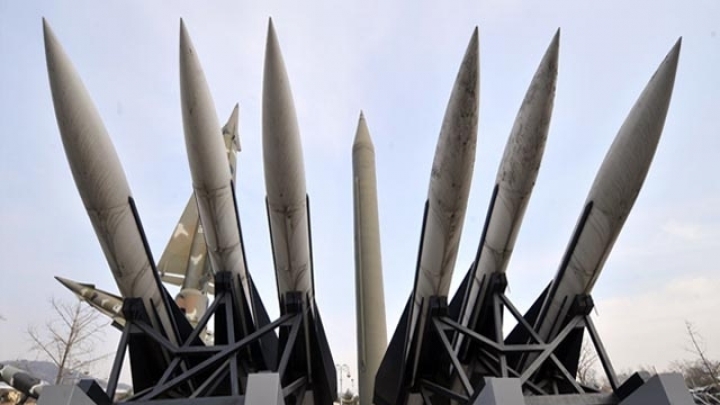 The missiles were launched from the Hwangju region, South Korea's Joint Chiefs of Staff (JCS) said on Monday, according to the Yonhap news agency.

There was no information on the types of missile fired or how far they flew.

North Korea is barred from testing nuclear or ballistic missile technology, but recent months have seen it carry out a string of missile tests.

It last fired a ballistic missile just two weeks ago from a submarine off its eastern coast, as South Korea and the US began annual military drills which routinely anger the North. On that occasion the KN-11 rocket that was fired flew for about 500km before falling into the Sea of Japan.

This latest test takes place as world leaders meet at the annual G20 economic summit, being hosted for the first time in China.

The August rocket launch was considered its most successful test of a submarine-launched ballistic missile. A test of mid-range missiles in June was also considered successful.

Tensions have soared since the North carried out its fourth nuclear test in January. In July the US and South Korea said they would deploy an anti-missile system to counter the North's threats, but this has been met with anger from Pyongyang and opposition from China.