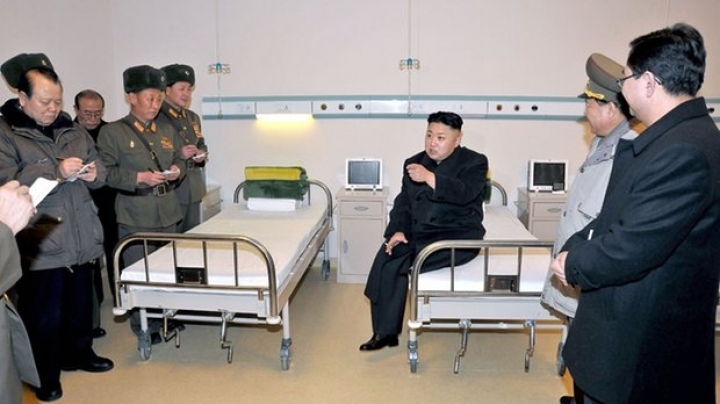 North Korea has unveiled the latest in its range of medical inventions: a 3D printer to reproduce bone that can be used in cosmetic surgery and dentistry, reports The Guardian.

A news segment on KCTV claimed that the printer would help North Korean doctors work with detailed images and models, saving time and improving the precision of medical procedures.

The footage showed several doctors working on a printer that it claimed was assembling a human lower jaw.

“With this new technology, we can mould various bone fragments through a detailed facial blueprint,” said Dr Hwang Seong-hyeok from the state department of dentistry.

The news segment also showed two documents that it claimed were a certification of assessment from the “intellectual products exhibition” and a “patent of certification”, although it is not clear whether the product has been seen by anyone outside the state.

3D printing technology, which produces physical objects from digital files, is increasingly seen as a low-cost way to advance a number of industries, including medicine.

Doctors in the Netherlands were the first to carry out a transplant with a 3D-printed skull in 2014. In Sudan, the printers have been used to replace limbs for children injured in the civil war.

But North Korea’s sanction-hit health system is reported to be struggling with broken equipment and declining treatment, raising doubts that the technology could be rolled out widely.

Even neighbouring South Korea, one of the world’s cosmetic surgery and technology capitals, is still working out how to use – and regulate – 3D printing in medicine and dentistry.

In June, Pyongyang University of Science and Technology showed off its 3D printer at the Pyongyang trade show, but this is the first time a working model has been shown on state television linked to medical advancements.