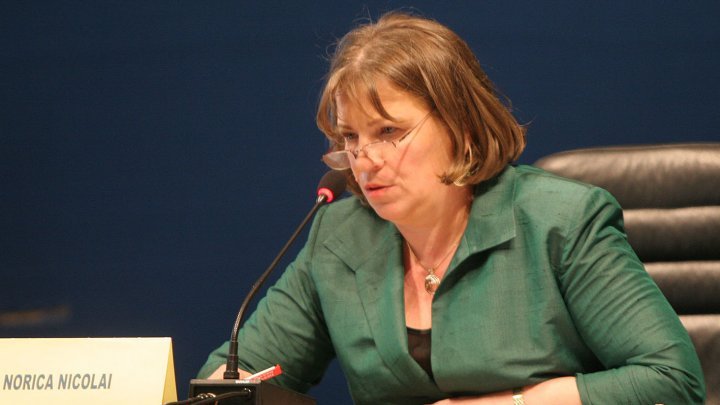 The decision to invalidate the local elections in Chisinau municipality must be respected and the European Union will continue to support the Republic of Moldova in the process of reforms. The statement was made by Romanian MEP Norica Nicolai.

According to the MEP, the situation created in Chisinau is similar to that in Romania in 2012, when the referendum on the dismissal of President Traian Băsescu was held, and the Constitutional Court of Romania invalidated the results.

"Beyond the political battles between different groups, we are interested in Moldova who will be one day, member of the European Union and, in this context, we are sorry for what happened in the elections Chisinau: It is very difficult for me to comment, because I remember in 2012, when we made the suspension of President Traian Băsescu, the population followed us.

7.5 million Romanians voted for Băsescu's dismissal, but the Court The Constitutional Court said "no," and then the European Union compelled us to respect the decision of the Constitutional Court. The courts said "no" and in fact the European Union should have the same standard in my opinion. It's a lesson that Moldova has received. I don't know how much motivated or unjustified the court decision is, but I know very clearly that I have to respect it as a political man," said MEP Norica Nicolae.

Additionally, Norica Nicolai assures that the Republic of Moldova will continue to benefit from the support of the European Union.

"We talked with the Prime Minister and the Parliament Speaker about the need to continue the reforms and, even if, in the long term, the EU funds allocations will somehow be delayed, they will certainly come," MEP Norica Nicolae.

PUBLIKA.MD reminds that the June 3 elections were declared invalid because candidates for the Chisinau, Andrei Năstase and Ion Ceban, made electoral agitation on the day of the poll.

Later, the rapporteur for Moldova of the Parliamentary Assembly of the Council of Europe, Egidijus Vareikis, said that the decisions of the courts for the elections in the Capital, as well as that of the Central Electoral Commission, should be accepted, even if there are more questions.