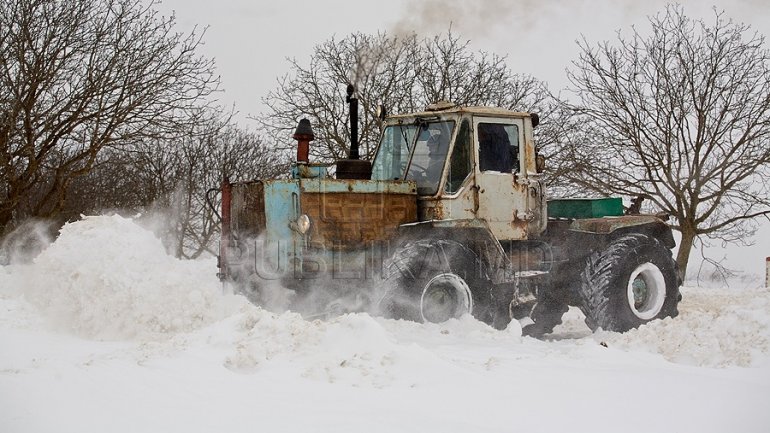 Moldovan road workers work non-stop in order to clear the roads of snow and are ready to face drifts.

Snowfall road workers were out of the house! It works non-stop on all routes in the country

"There are almost 130 trucks on the national highways. As a result of snowfall this morning, almost 400 workers are operating. Over 1,400 tons of non-skid material has been widespread. Road workers are operating non-stop and are ready to face challenges such as further drifts. Road workers in the country are ready, we slip material stock 40,000 tons", said deputy head of the Road Administration, Ion Drucec.

Publika.MD recalls that today, February 7th, the yellow warning of snowfall enters into force and will be felt this afternoon and will remain in effect until Friday, February 10th.