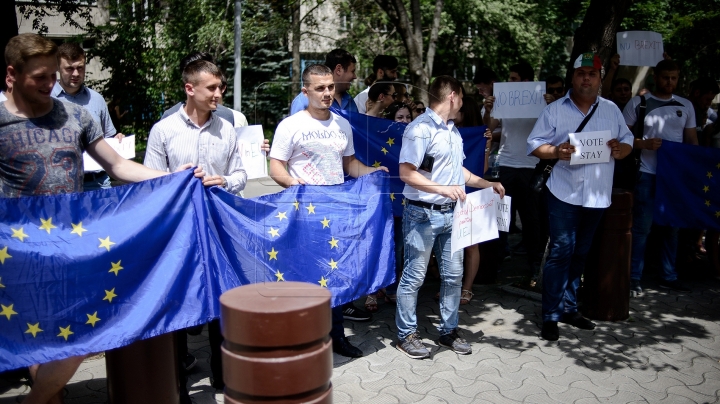 Young members of the Democratic Party from Moldova (PDM) call on the British to vote for staying in the European Union. They have staged a flash-mob in front of the UK’s embassy in Chișinău. They have chanted slogans and have applauded the choice they hope the young Brits will make.

"Stay in the EU," "Vote to stay in" and "No Brexit" have been the slogan the young Democrats wrote on their posters and chanted.

The leader of the PDM branch from Chişinău underlines the importance of the decision Britain is going to make and its impact, including over Moldova.

"We urge all the British to vote to stay in the big European family. We want the EU to remain a strong entity with the values it shares and, possibly, even we the Moldovans should join this big European family," said Igor Usturoi.

The young Democrats have made pictures to share on social media with the hashtag #NoBrexit.