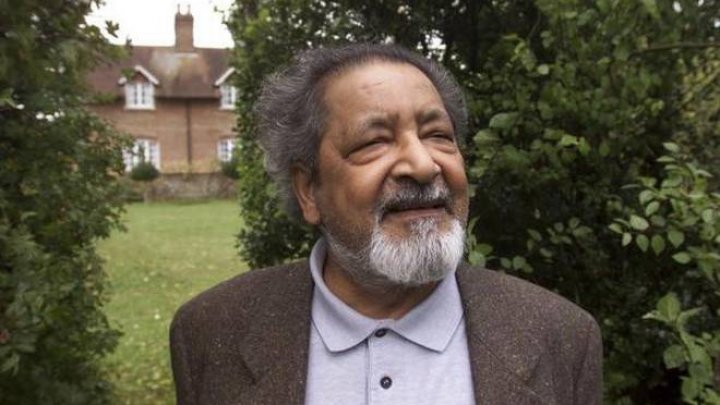 V.S. Naipaul, the Trinidad-born Nobel laureate whose celebrated writing and brittle, provocative personality drew admiration and revulsion in equal measures, died on Saturday at his London home, his family said. He was 85.

His wife, Nadira Naipaul, said he was "a giant in all that he achieved and he died surrounded by those he loved having lived a life which was full of wonderful creativity and endeavour."

Naipaul was awarded the Nobel Prize for Literature in 2001 "for having united perceptive narrative and incorruptible scrutiny in works that compel us to see the presence of suppressed histories."

In an extraordinary career spanning half a century, the writer travelled as a self-described "barefoot colonial" from rural Trinidad to upper class England, picked up the most coveted literary awards and a knighthood, and was hailed as one of the greatest English writers of the 20th century.

Naipaul's books explored colonialism and decolonization, exile and the struggles of the everyman in the developing world - themes that mirror his personal background and trajectory.

Although his writing was widely praised for its compassion toward the destitute and the displaced, Naipaul himself offended many with his arrogant behaviour and jokes about former subjects of the empire.

Among his widely quoted comments: He called India a "slave society," quipped that Africa has no future, and explained that Indian women wear a coloured dot on their foreheads to say "my head is empty." He laughed off the 1989 fatwa against Salman Rushdie as "an extreme form of literary criticism."